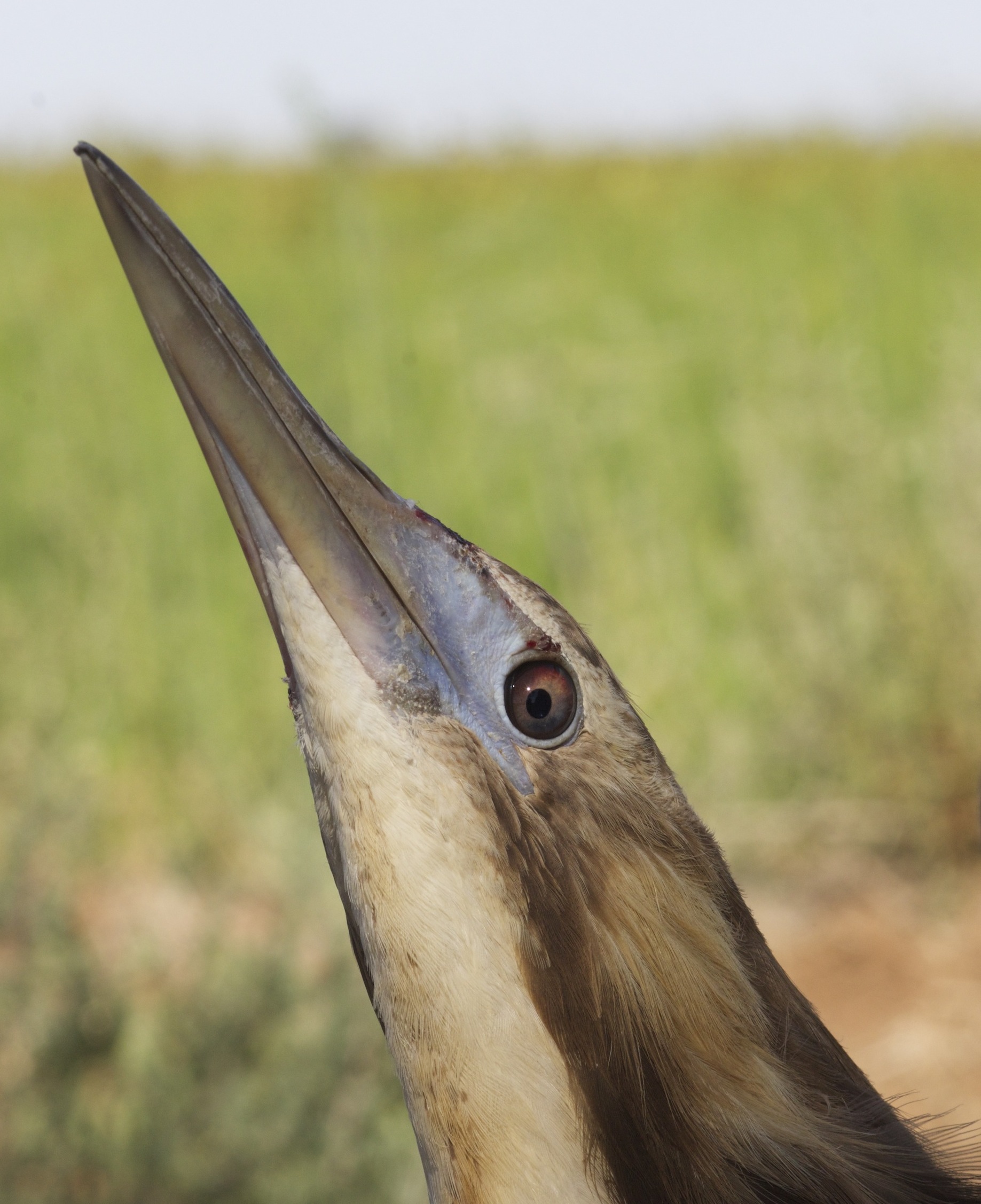 We’re thrilled after another successful morning in the rice around Coleambally. We caught and released ‘Coly-Lion’, our second booming male Australasian Bittern in as many days. He now carries a 16-gram solar powered satellite transmitter and is the third member of the Tracking Bunyip Birds crew, joining Vin from yesterday and Robbie from April at the end of last season.

During our crowdfunding campaign, the Coleambally Lions Club was one of the generous organisations to buy naming rights, and quite appropriately, one of the owners of this particular rice crop is called Colin and he first located Coly-Lion. 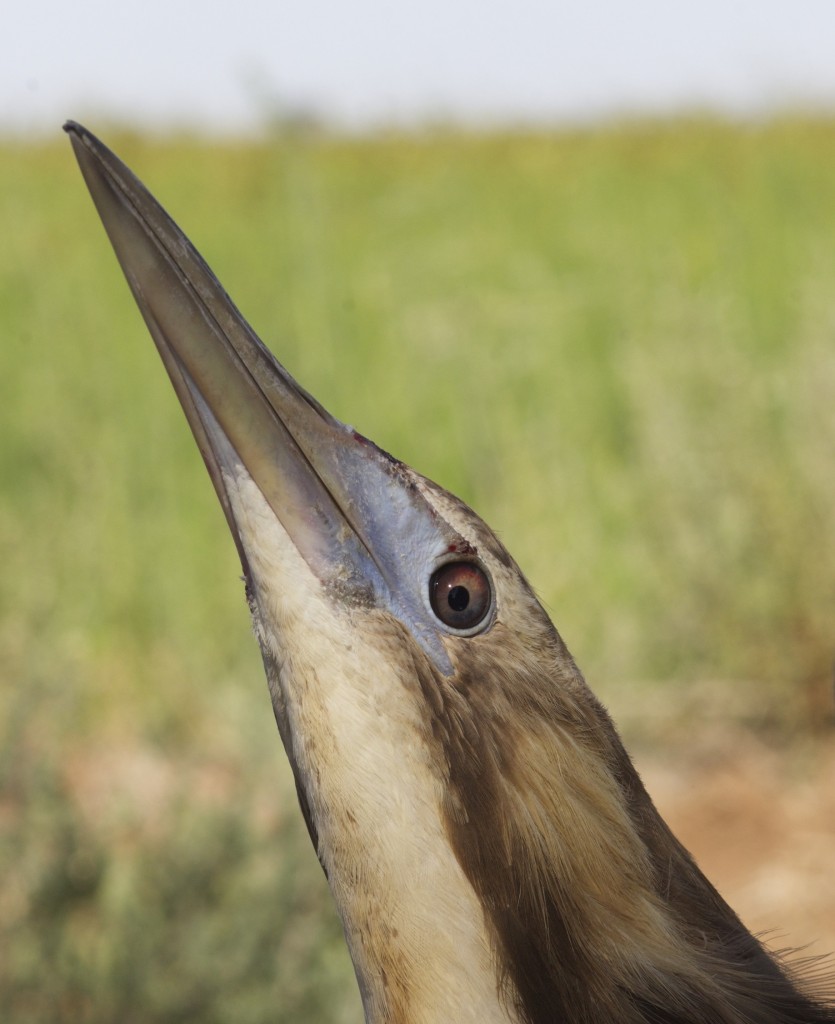 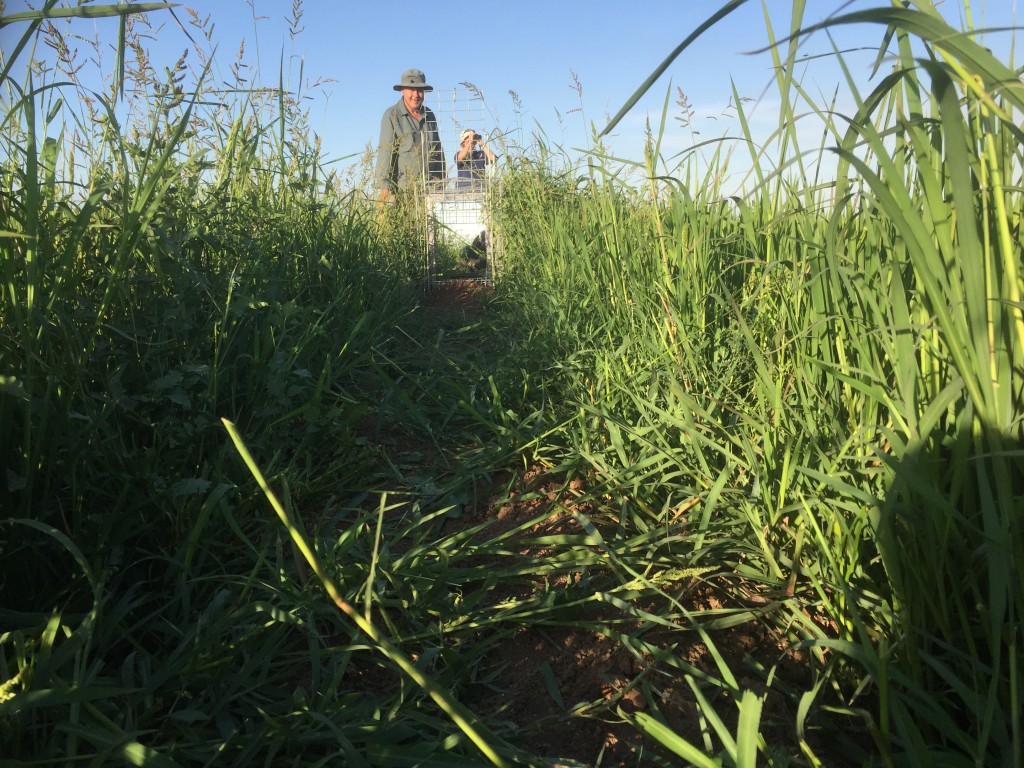 Inka, Andrew and I are now thinking we’ll save two of the remaining seven transmitters for booming males next season and shift our focus to females and fledged young. Ideally, we want an even sample of where the entire population (adult males and females, and youngsters) goes between rice seasons and the network of wetlands they rely on. That is our central question but along the way we’ll be learning a whole lot more and we’ll keep you posted. 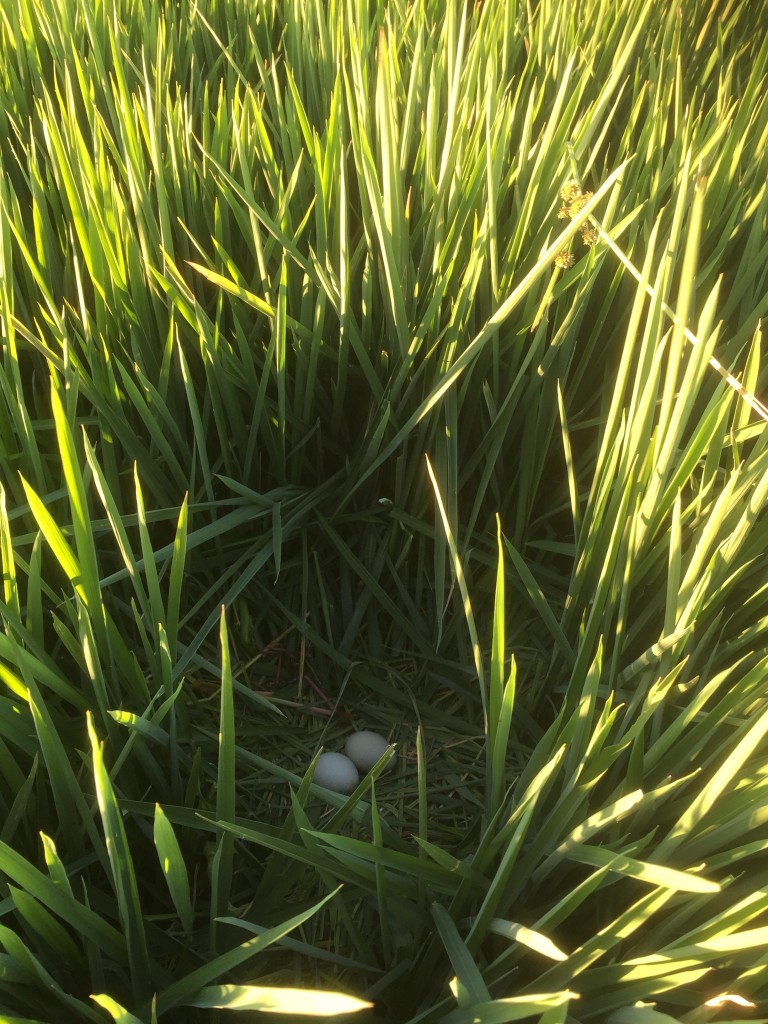 In other news, last Friday we found our first nest for the season. With just two eggs, the female has probably laid two or three more since then. In about three weeks or so, we’ll have our first baby Bunyip Birds for the season, unless of course we find more advanced nests in the meantime. These are exciting times out in rice. 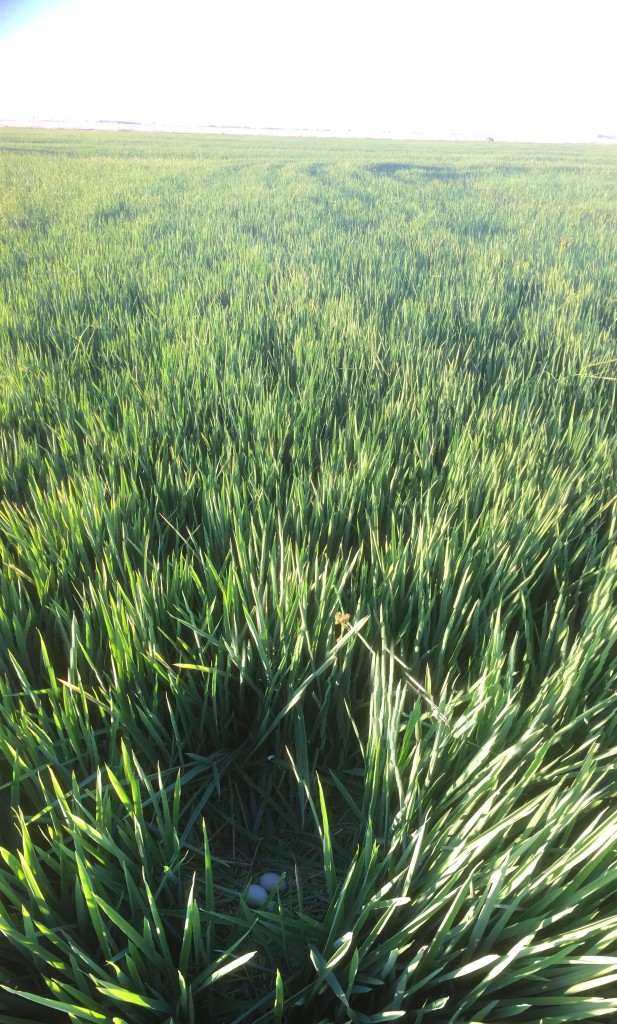 Below are recent photographs from some of our prey sampling work. There are staggering densities of endangered Southern Bell Frogs at some sites. The bittern chicks will be gorging themselves. And just this morning, while we were waiting for Coly-Lion to be trapped, we recorded many of the usual suspects like Great Egrets, Straw-necked Ibis and White-necked Herons, as well as some of the sneakier species like Baillon’s Crakes, Australian Spotted Crakes and a Buff-banded Rail. There were even a few Sharp-tailed Sandpipers, all the way from Russia. 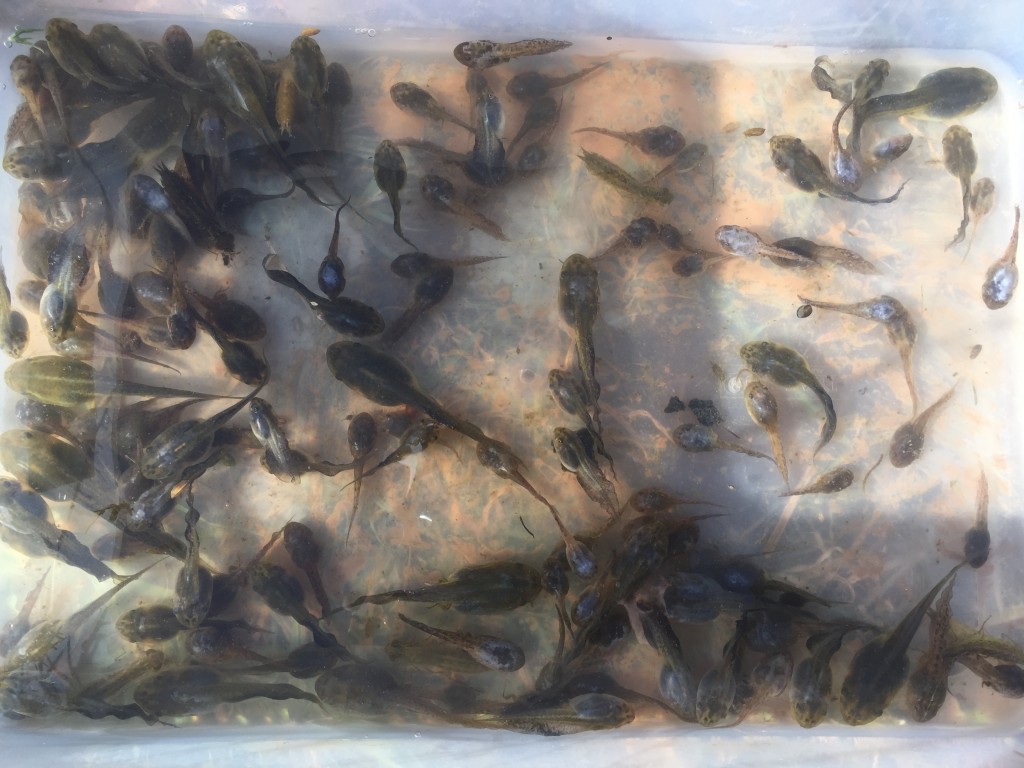 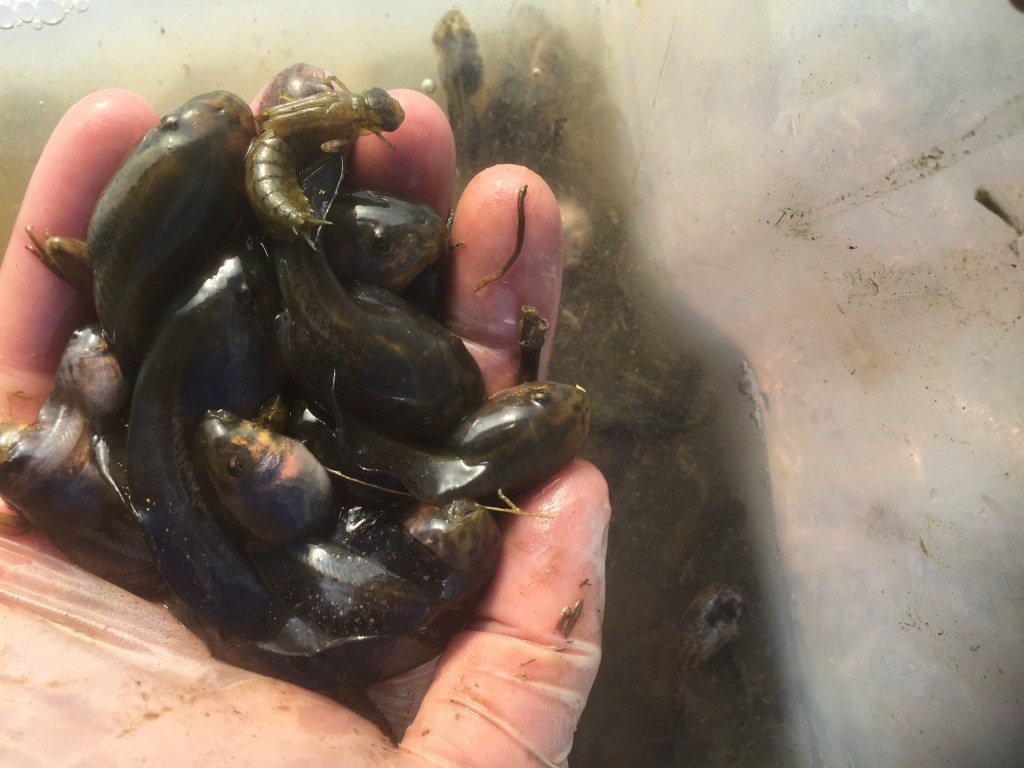 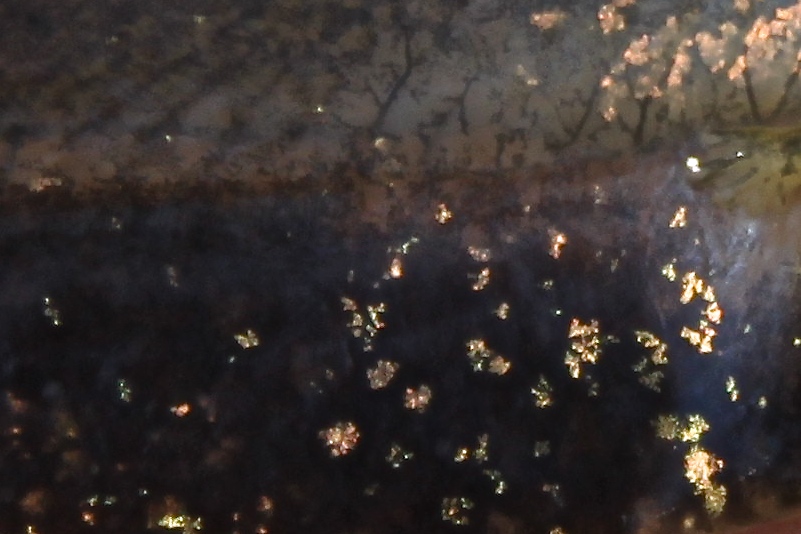 And lastly, as 2015 was drawing to a close, one of our direct-drill (delayed permanent water) prey sampling sites was supporting over 800 Black-winged Stilts. 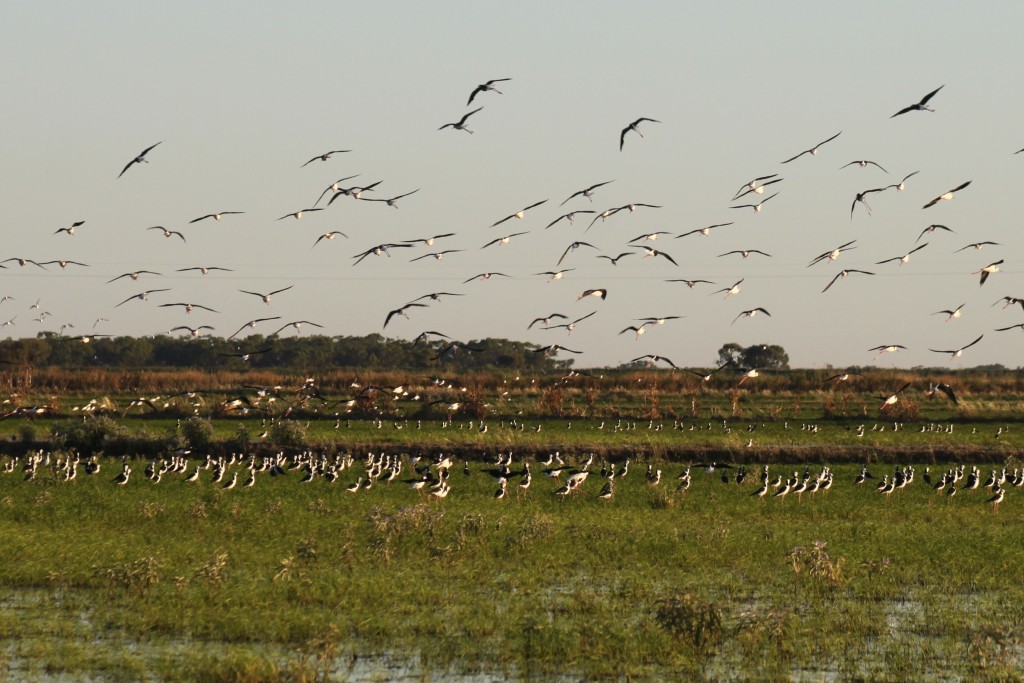 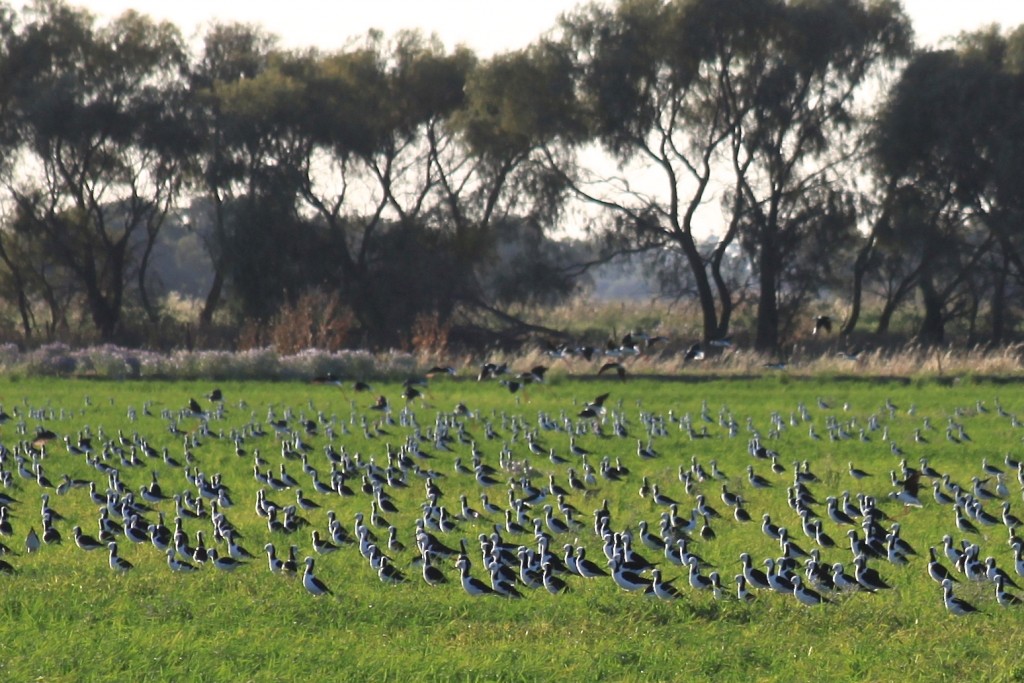 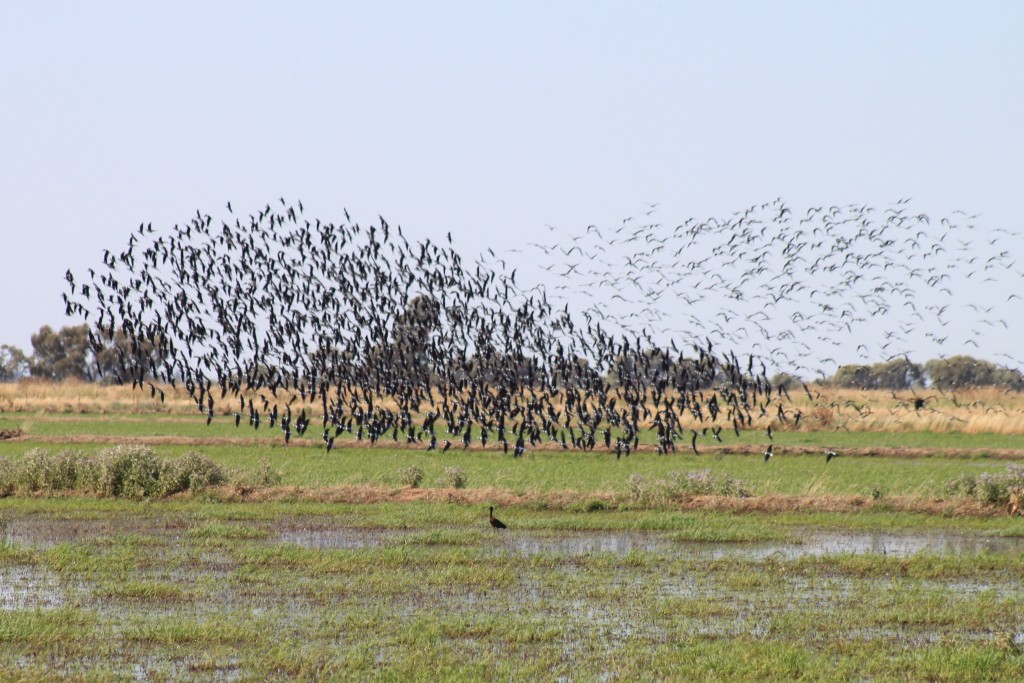