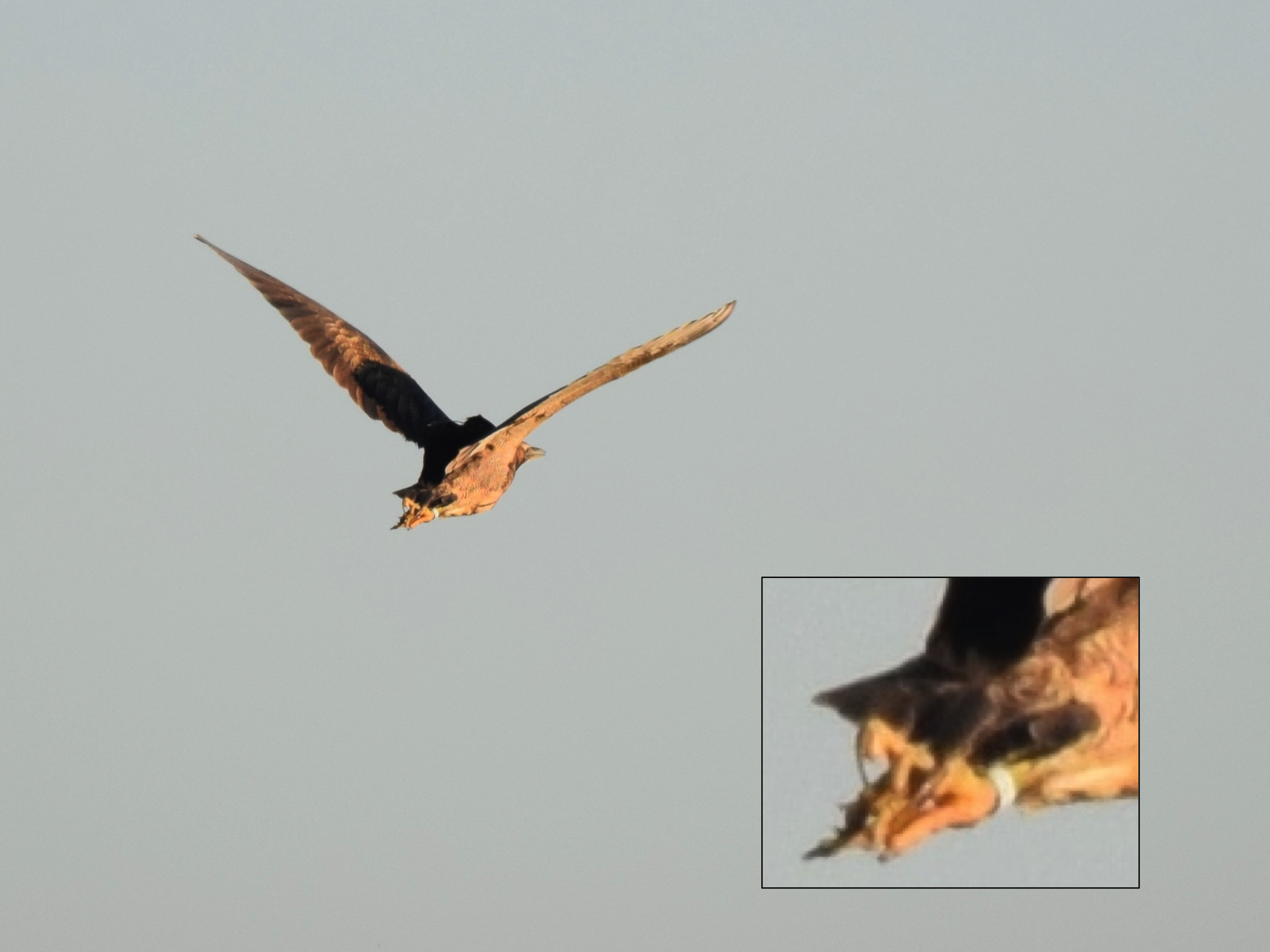 The mystery bittern at Tootgarook Swamp has been revealed. It’s Coly-Lion! It was a little disappointing not to relocate the legendary Robbie but it means that four of our first five bitterns departed the Riverina at the end of the rice season. Three of those headed south into Victoria.

Here he is, photographed just over a week ago. The light blue colour band confirmed his identity. We had been watching Coly-Lion at his breeding territory since January but lost contact with him about six weeks earlier when the transmitter stopped working, so it’s absolutely fantastic to see him alive and well, 395 km from his Coleambally rice crop. When the technology fails, there’s always eagle-eyed birdwatchers. This is where a mature, breeding male goes for winter: Tootgarook Swamp, south of Melbourne. 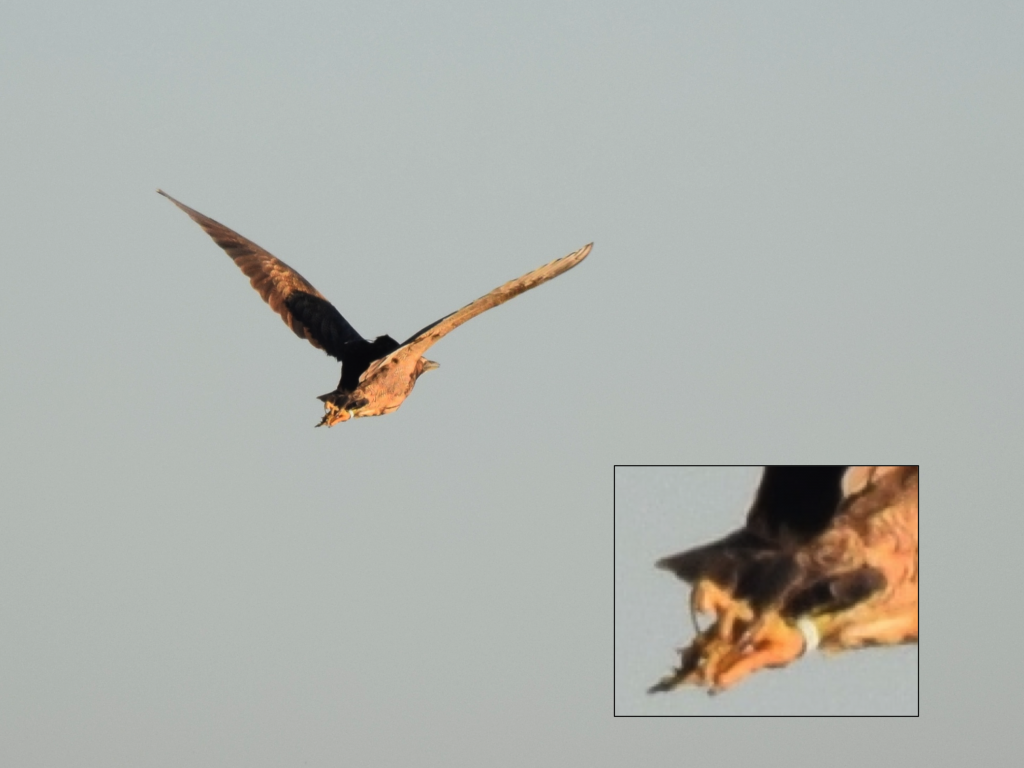 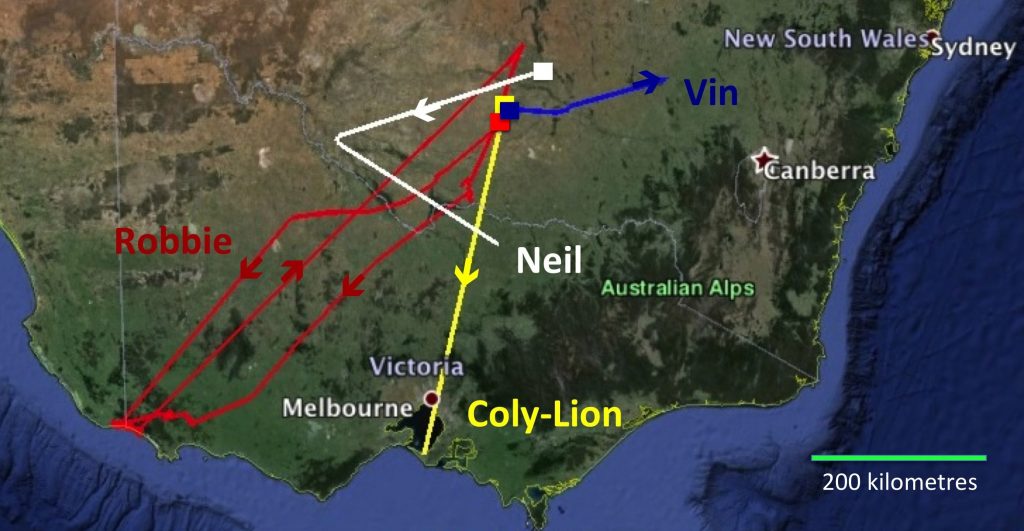 Four of our first five bitterns made big movements after rice harvest, departing the NSW Riverina.

Neil remains at Moodie Swamp between Yarrawonga and Benalla, while COG appears happy with the channels and dams around the rice field we caught Neil, about 2.5 km from his own capture site.

As Australians gear up for an election, voting is already underway in the bird conservation world and we’d love it if you could take a few seconds to show your support for the Bitterns in Rice Project. Simply follow this link and click on the heart at the bottom. It’s a vote for sustainable agriculture and an awesome bird that’s bringing together irrigators and conservationists.

We have a number of public presentations coming up, the first of which is in Sydney, where we’re being hosted by Birding NSW. It’s on Tuesday, July 5th at 7.30 pm. More details here. This week we’re spreading the good word of the Bitterns in Rice Project to the Rotary Club of Leeton, and students at both Coleambally Central School and Wade High School in Griffith. And soon we’ll be launching an updated booklet featuring the second edition of our Bittern Friendly Rice Growing Tips, all thanks to funding from Riverina Local land Services via the National Landcare Program. Stay tuned.