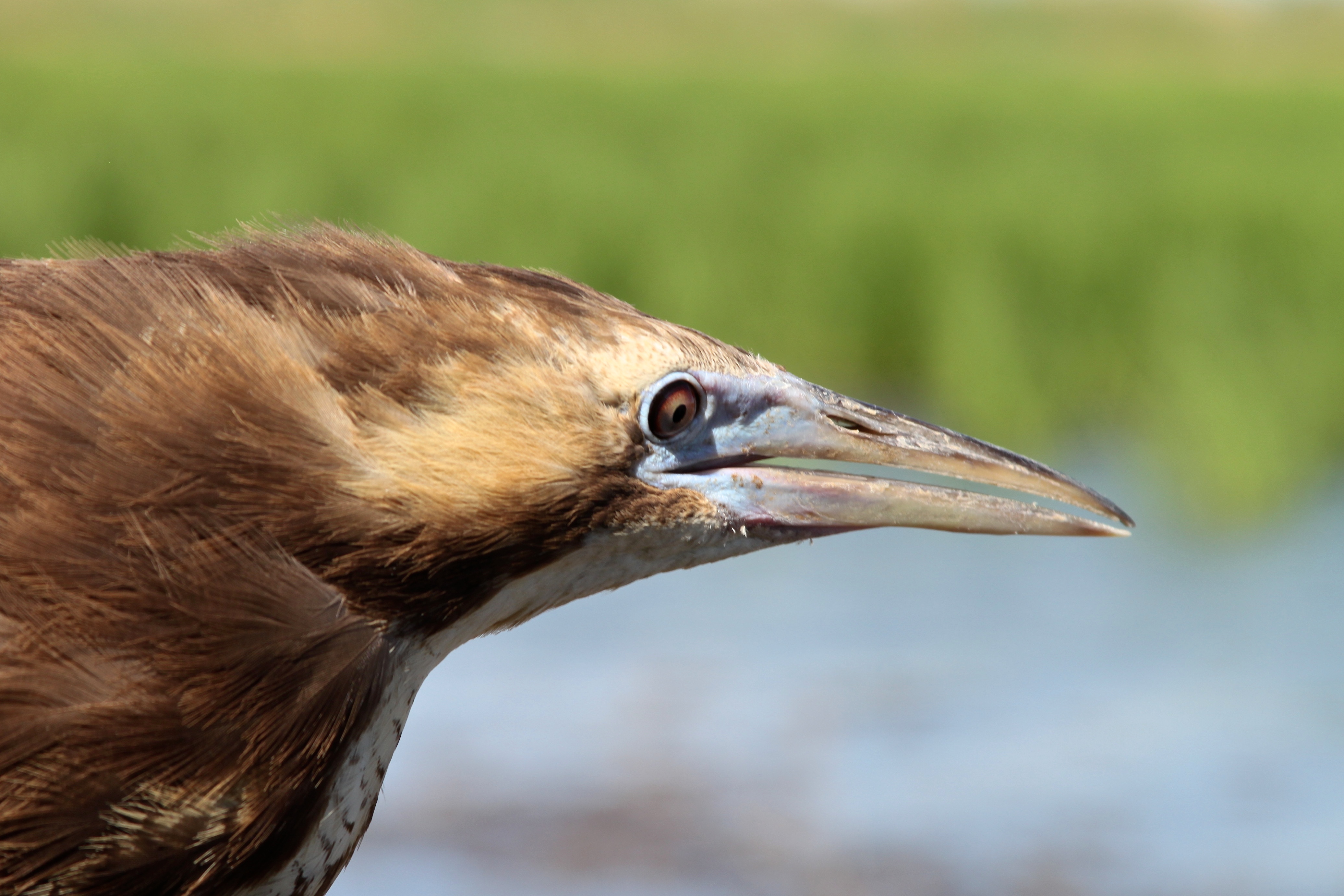 We’re delighted to introduce Bidgee and Cumberland, adult males caught and released in the Benerembah area north of Griffith last week. Bidgee comes courtesy of the Murrumbidgee Field Naturalists Club, while Cumberland represents the Cumberland Bird Observers Club. They are two of the generous organisations that bought naming rights during our crowdfunding.

These are the sixth and seventh bitterns in our satellite tracking program and will provide further insight into where the population goes after rice harvest in autumn. Beyond the rice crops, it’s crucial to identify the network of wetlands that these endangered birds rely on throughout the year. Will they stay local and use the nearby Mirrool Creek and Barrenbox Swamp, or like our previous tracked bitterns, will they depart the Riverina and travel hundreds of kilometres to far-flung wetlands? Beforehand, there’s also the added bonus of seeing how concentrated their movements are in the rice crops during the breeding season.

We caught them using the cage traps, where territorial males are lured inside by playing the booming call and seeing their reflection in a mirror. There is no bait, just the false impression of another male threatening their position. The females have again eluded us, not least because of a broken net gun. The plan is to catch four more bitterns before the season’s end and we dearly hope females are among them.

Various other highlights from the week appear in the photos below, including a ten-minute mating session. Enjoy! 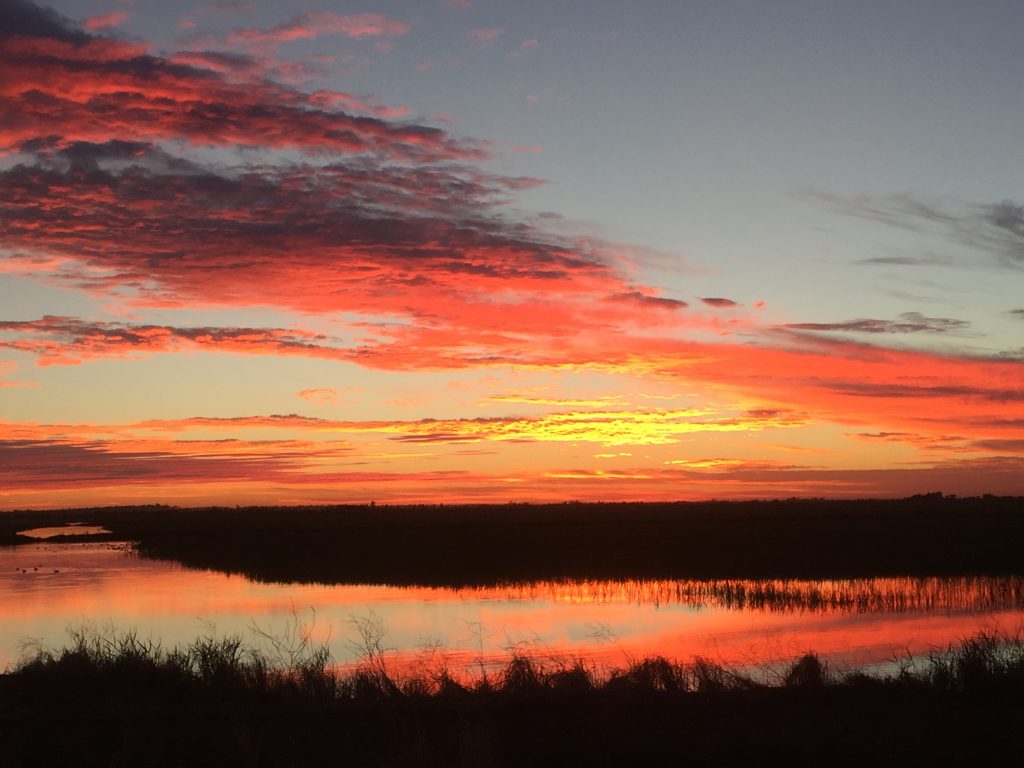 Our morning prayers to the bittern gods were answered; two new bitterns for the tracking program last week. 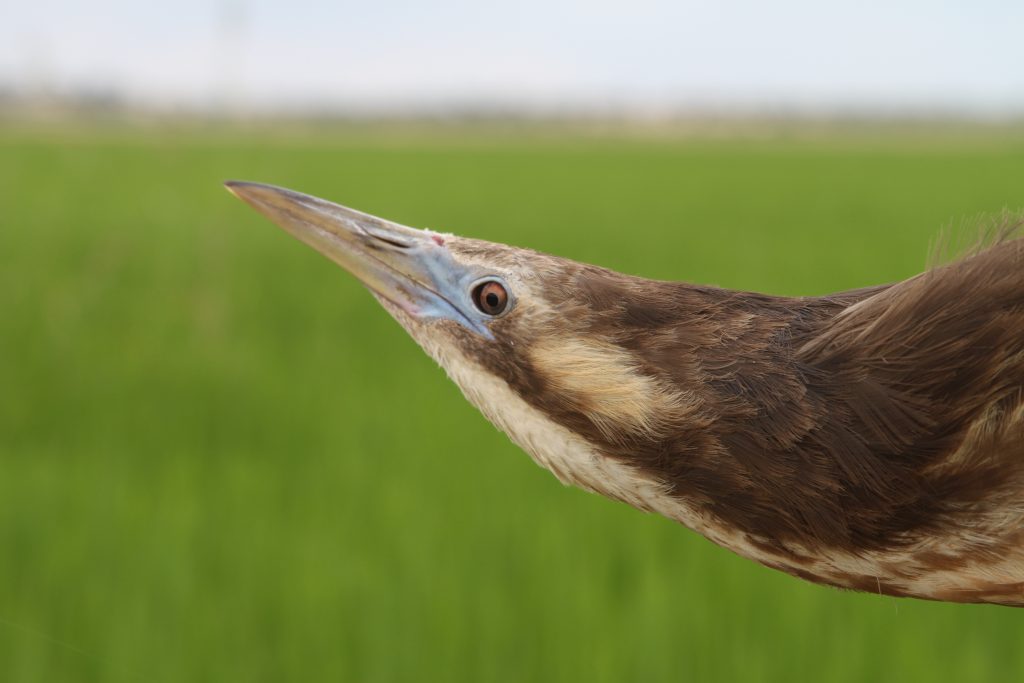 Meet Bidgee from Benerembah. He was lured inside a cage trap with call-playback and a mirror. 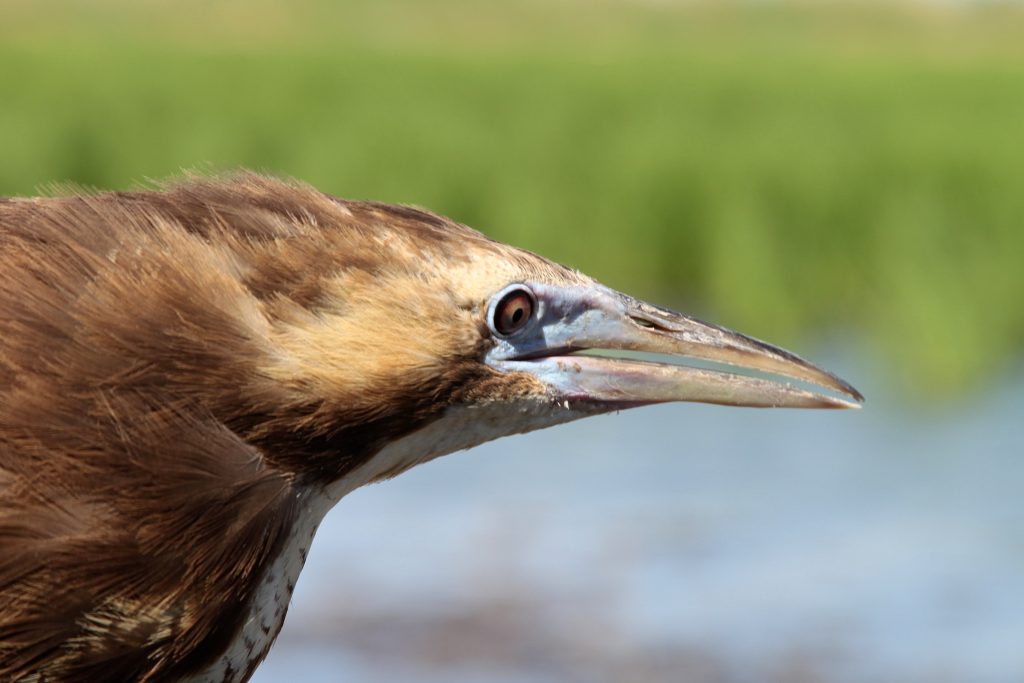 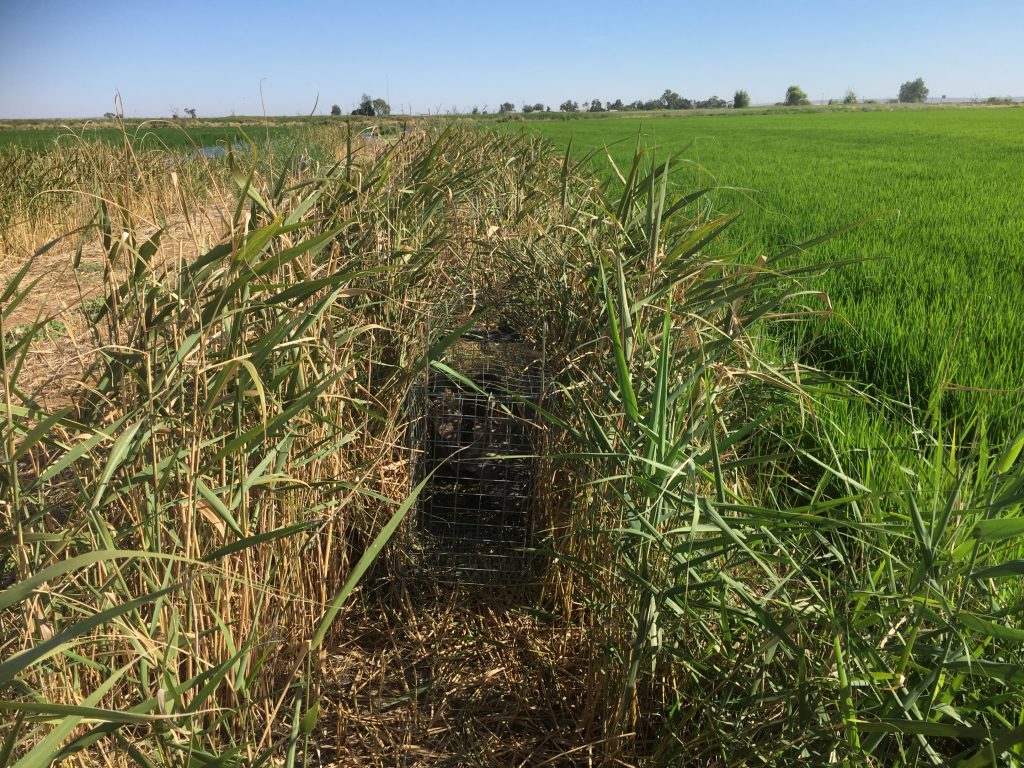 Cumberland in the cage trap along a strip of Phragmites adjacent to his rice field. 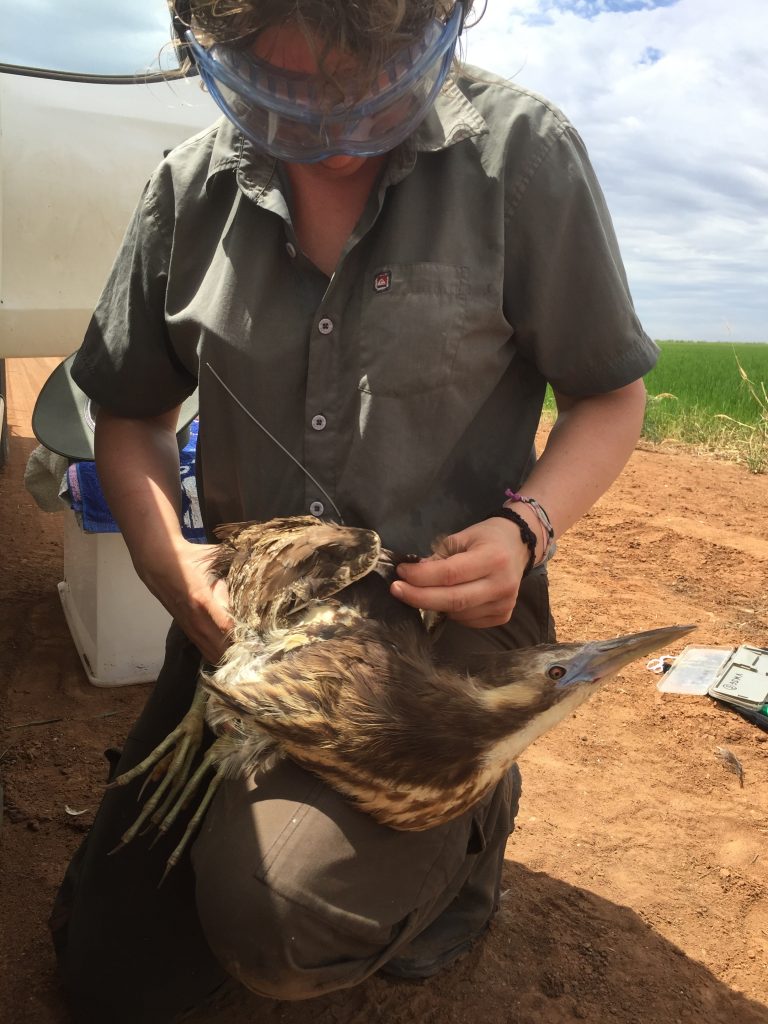 We witnessed a stand-off between two males vying for a female. The victor proceeded to mate with her for over ten minutes, much longer than we’ve recorded previously. She was exhausted and could barely fly afterwards. 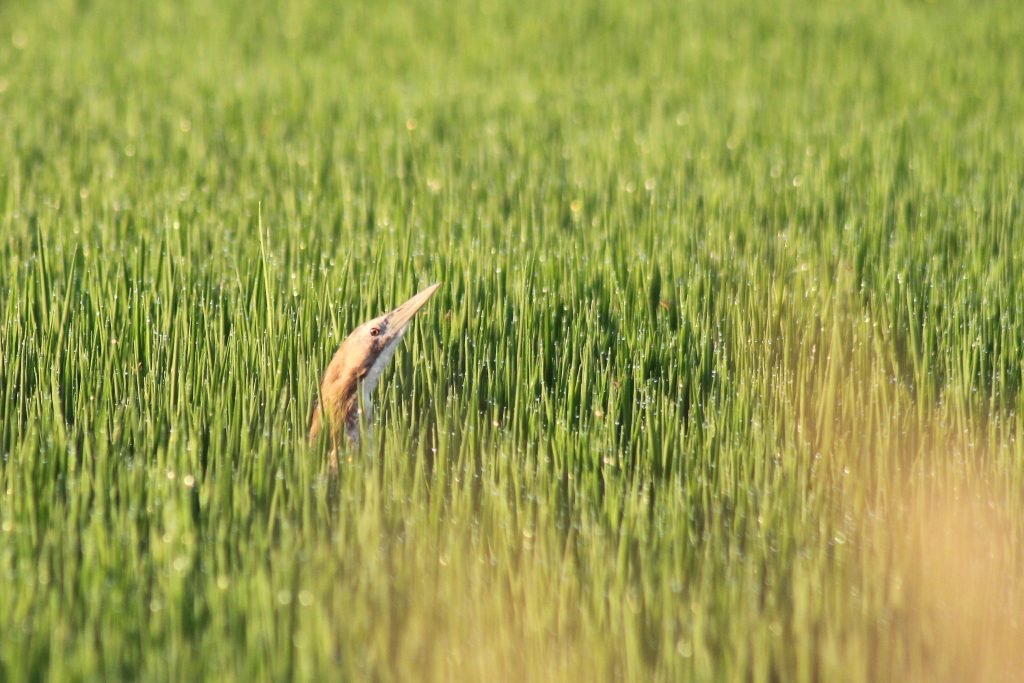 The smaller, paler females evaded our capture efforts but we remain determined to include them in the tracking program. 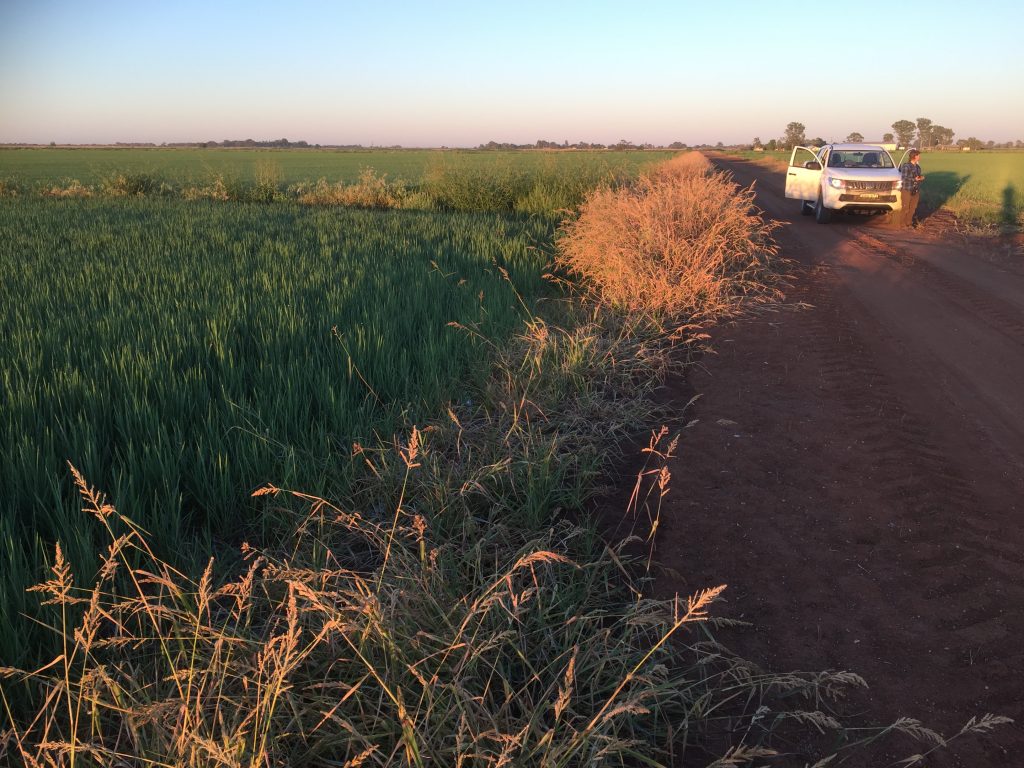 This site supports at least six bitterns, as well as Baillon’s, Spotted and Spotless Crakes, and Buff-banded Rails. By mid-season, the Riverina’s rice fields are brilliant for cover-dependent waterbirds. 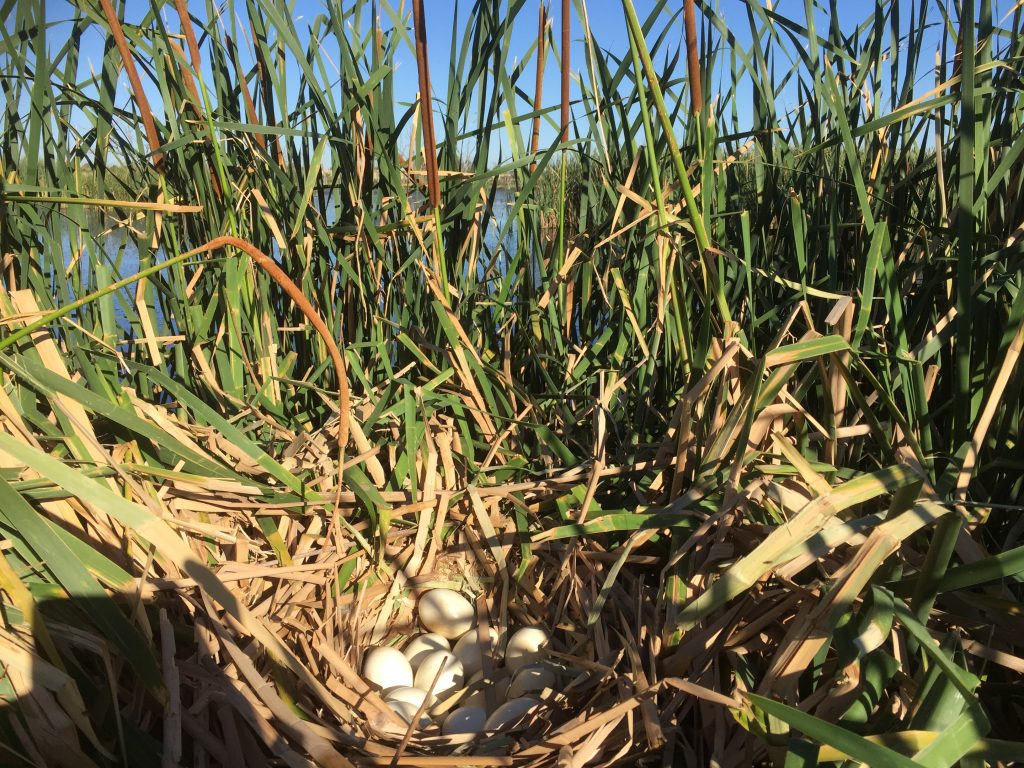 The waterbird boom continues, with breeding trios of Magpie Geese still going gangbusters in the Riverina. This nest has at least 12 eggs and was found in a Cumbungi swamp near Griffith last week.