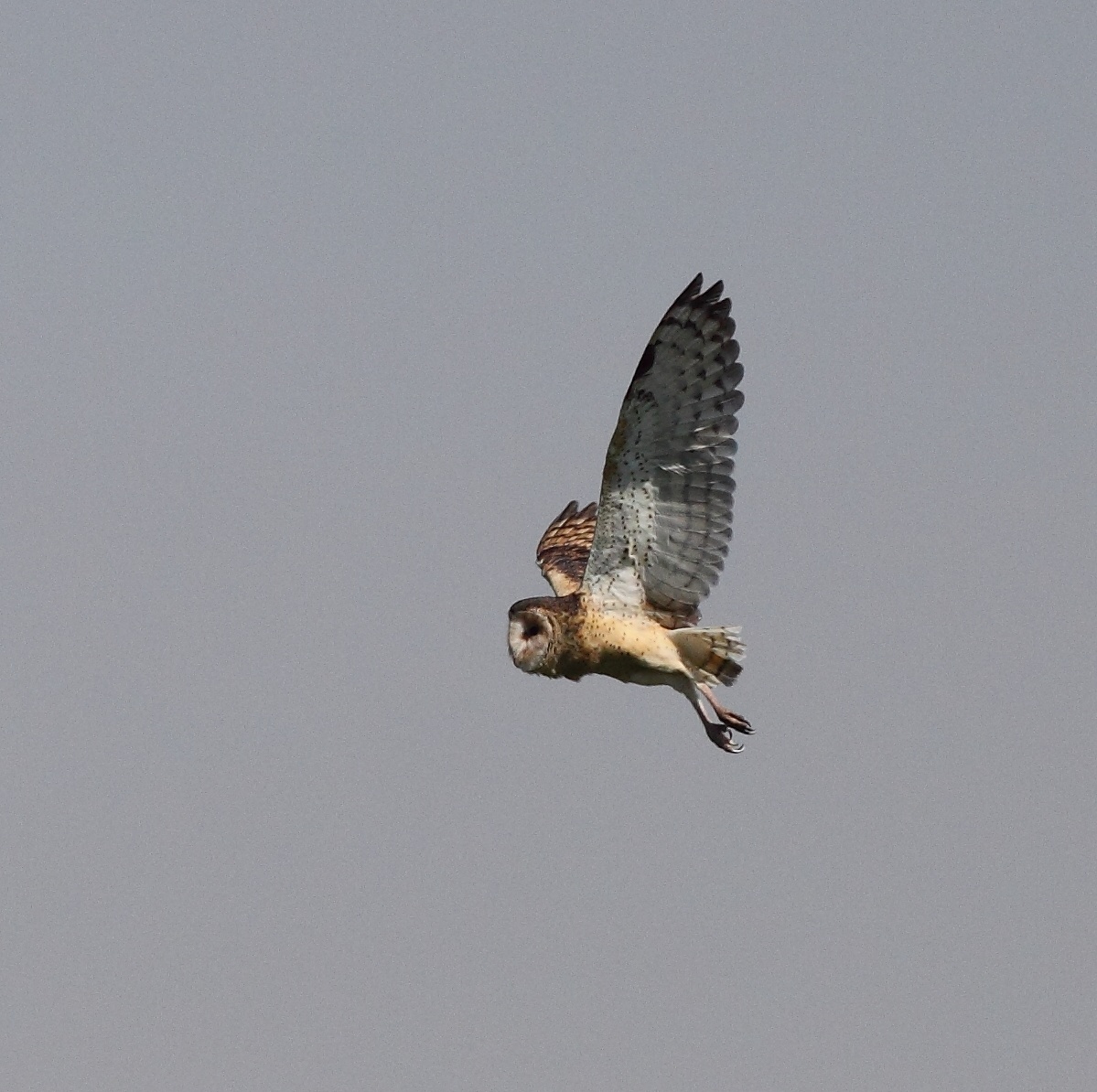 There’s much more to this story than bitterns. While our focus is clear, we’re also interested in benefiting other key species and seeing them prosper alongside rice production. Many of you are already familiar with the remarkable numbers of endangered Australian Painted Snipe found using rice fields during our first season (2012-2013). That really took us by surprise. 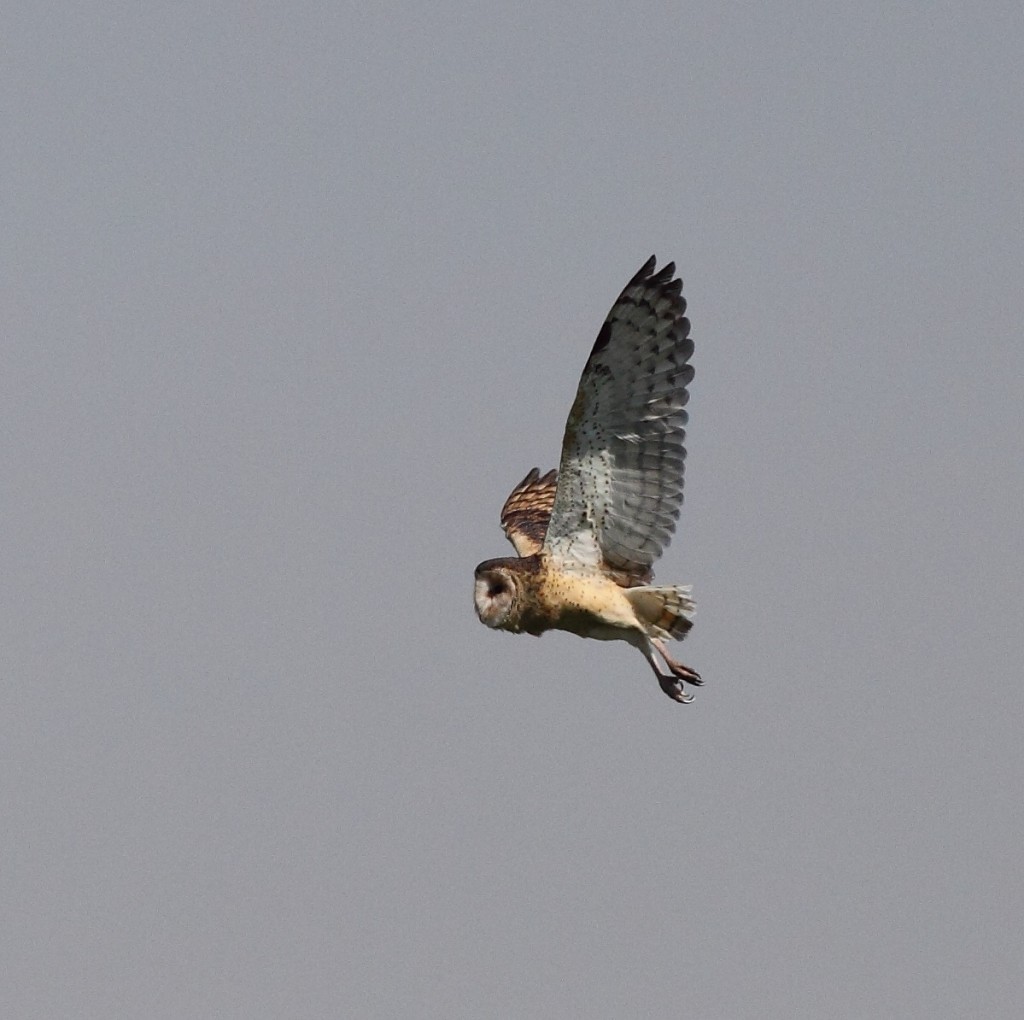 One of the Eastern Grass Owls found roosting in rice crops during the 2013-2014 season.
Equally surprising was the discovery of several Eastern Grass Owls roosting in rice on two farms during the 2013-2014 season. Nobody expects to find them in southern NSW. There are also the Southern Bell Frog strongholds around Coleambally and the western Murray Valley; another threatened species using these food production wetlands. 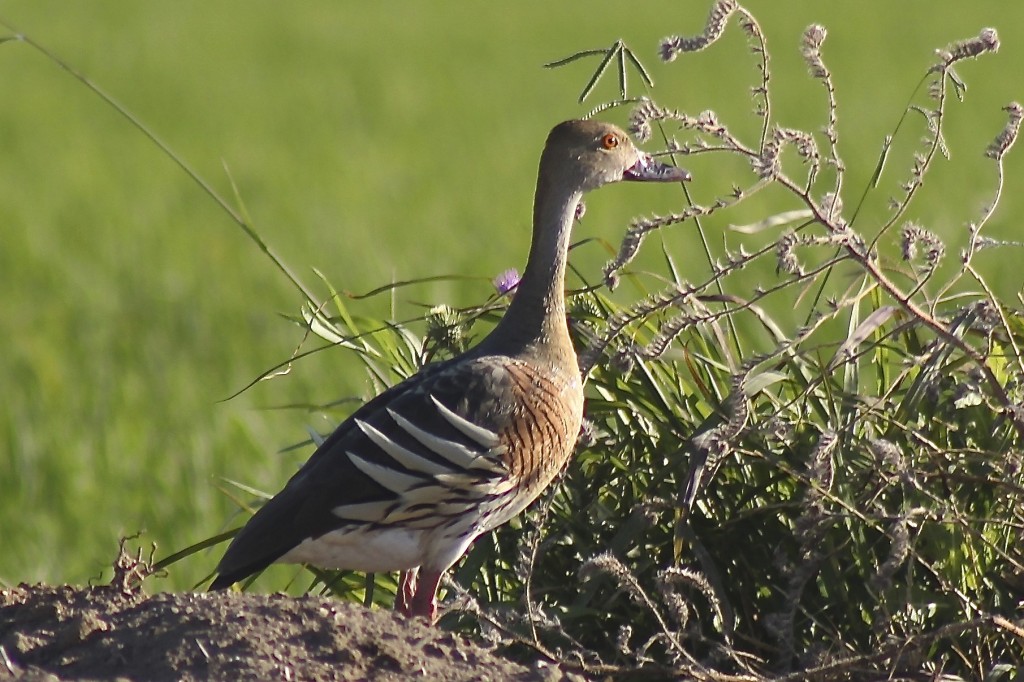 The Plumed Whistling Duck, one of 53 waterbird species recorded using Riverina rice fields since 2012.
Over the past three seasons (2012-2015), we’ve recorded 53 different *waterbird species using the rice fields of the New South Wales Riverina. There are the common and familiar species like Grey Teal, Pacific Black Duck, Purple Swamphen, White-necked Heron, White-faced Heron and Yellow-billed Spoonbill. But others are quite rare and not well known, like the Gull-billed Tern and Spotless Crake. 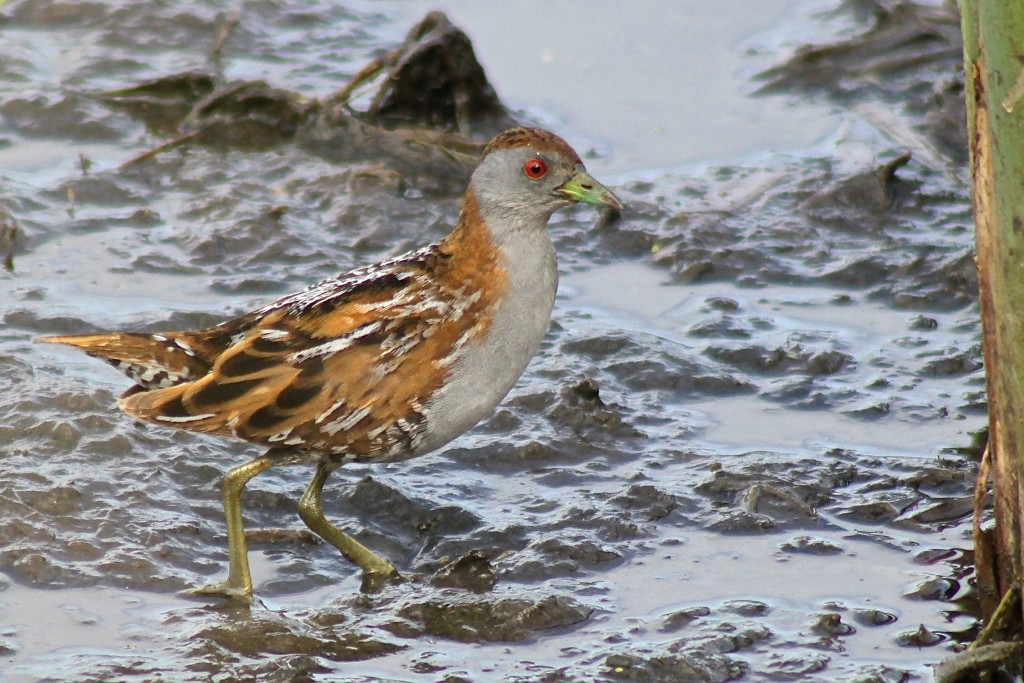 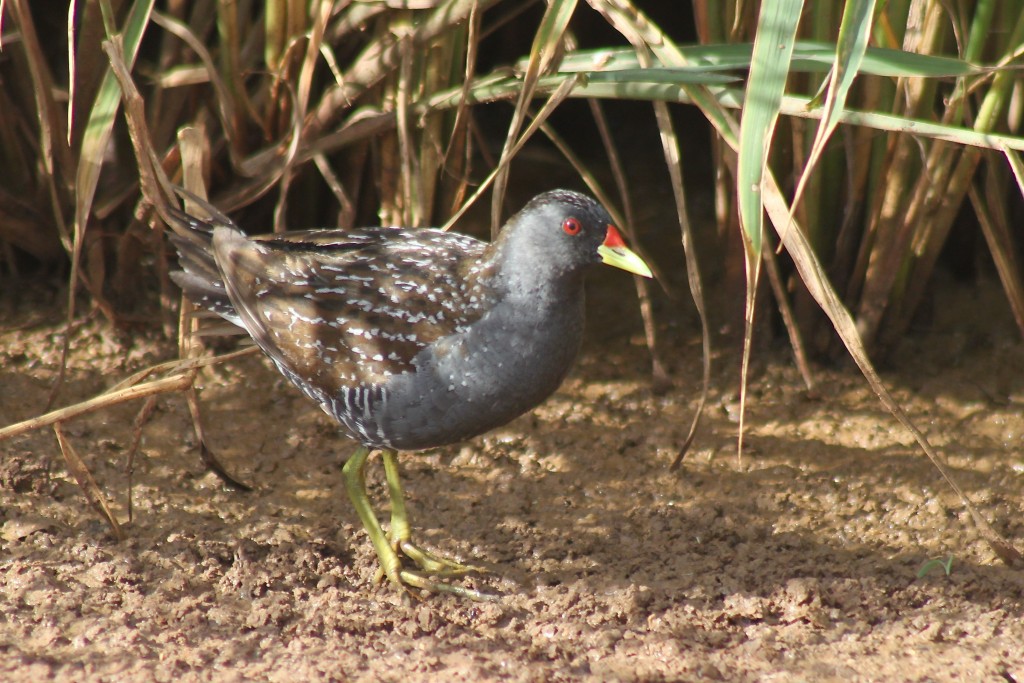 An Australian Spotted Crake sneaks out from the edge of a rice crop near Griffith. 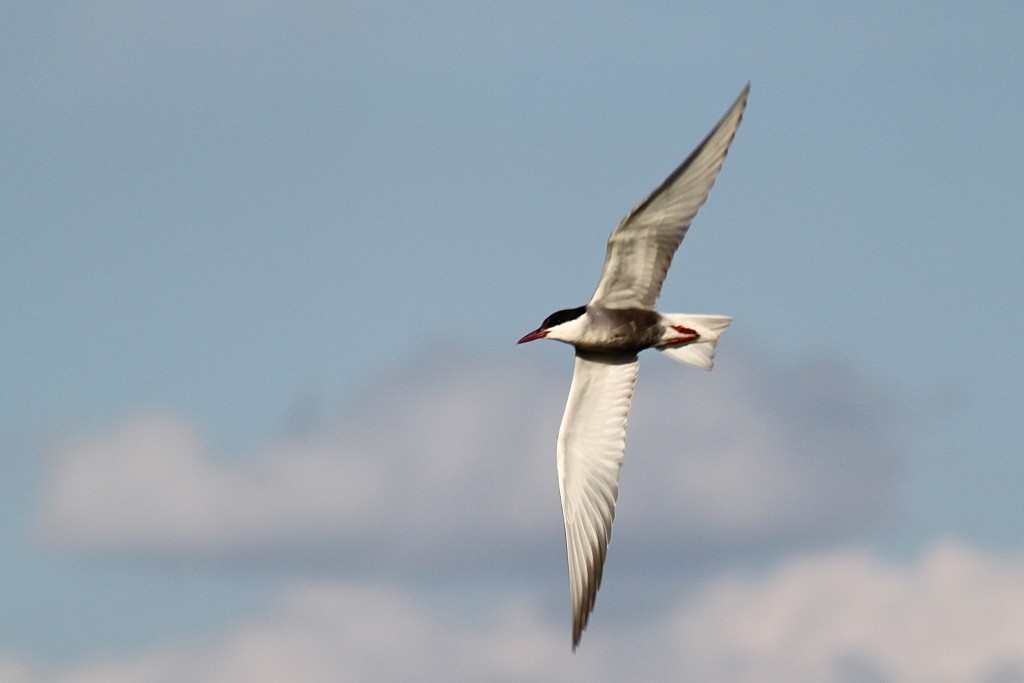 In most years, rice fields support a Whiskered Tern population numbering in the tens of thousands, perhaps more.
We have much to learn, although what’s clear already is that the rice supports important populations of a range of species, such as Baillon’s Crake, Whiskered Tern, Glossy Ibis and Golden-headed Cisticola, some numbering in the tens of thousands. 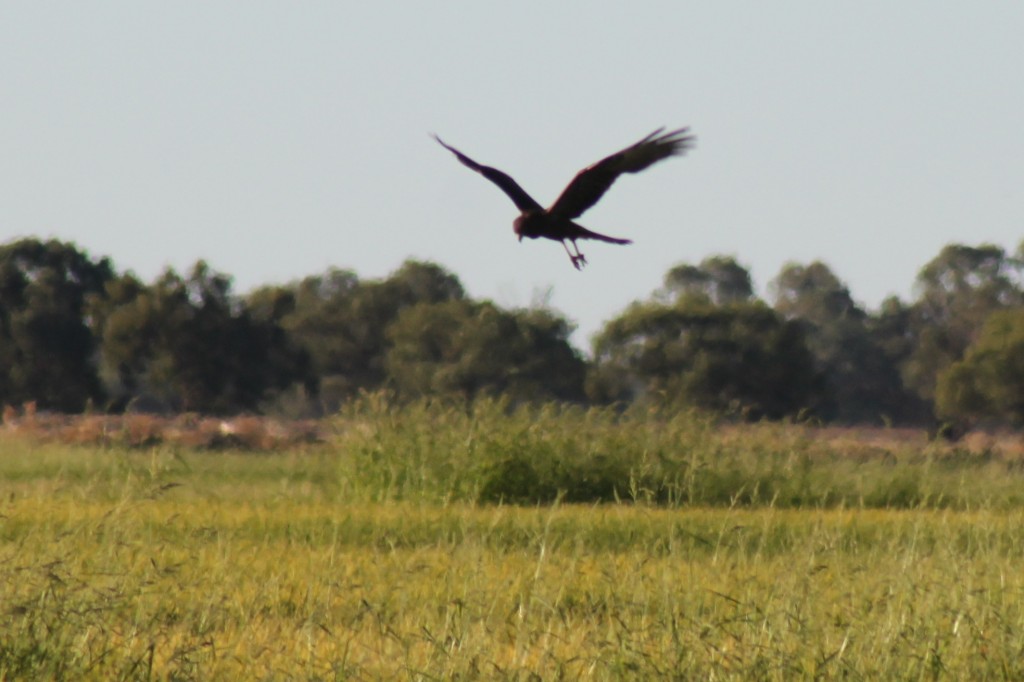 Swamp Harriers can be found hunting on almost every Riverina rice farm. 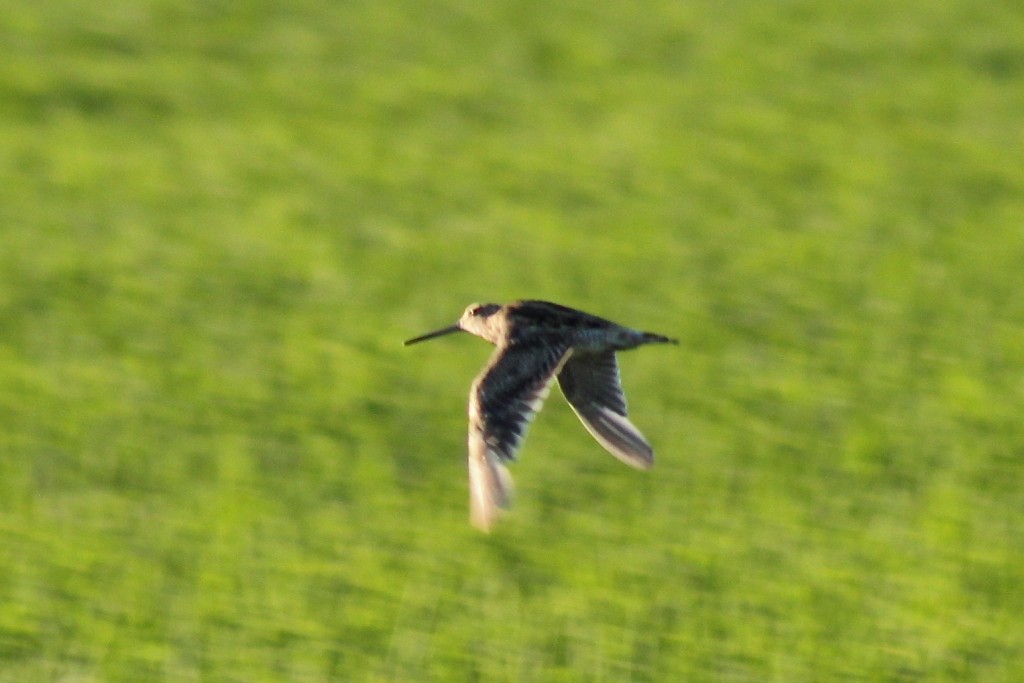 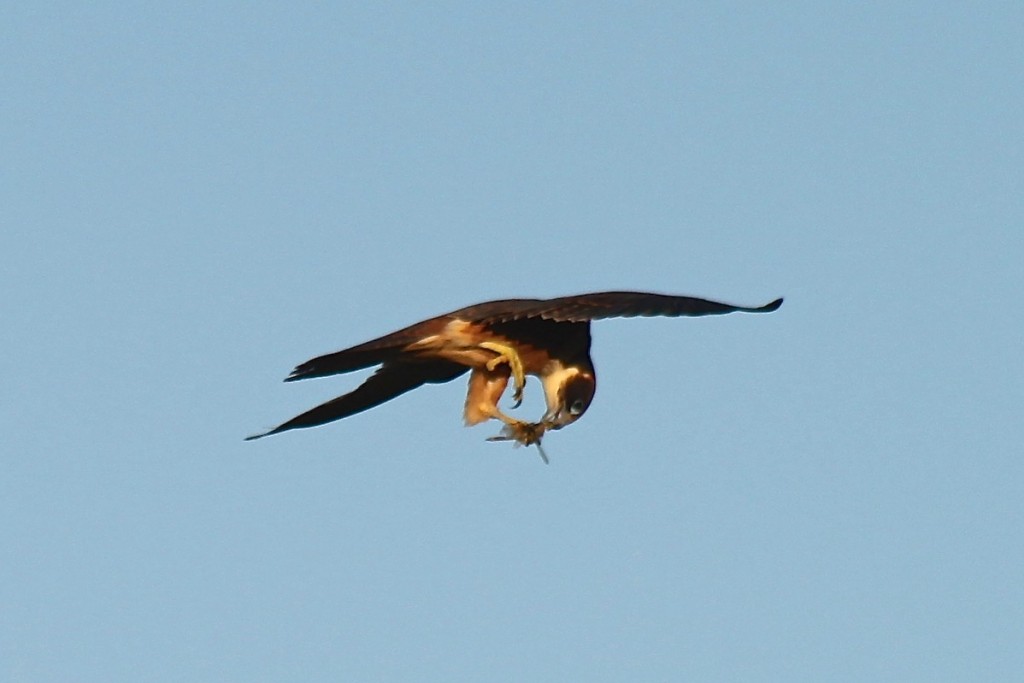 Although not considered a *waterbird, the Australian Hobby, pictured here after seizing a dragonfly over rice, is one of many other bird species that utilise rice fields. 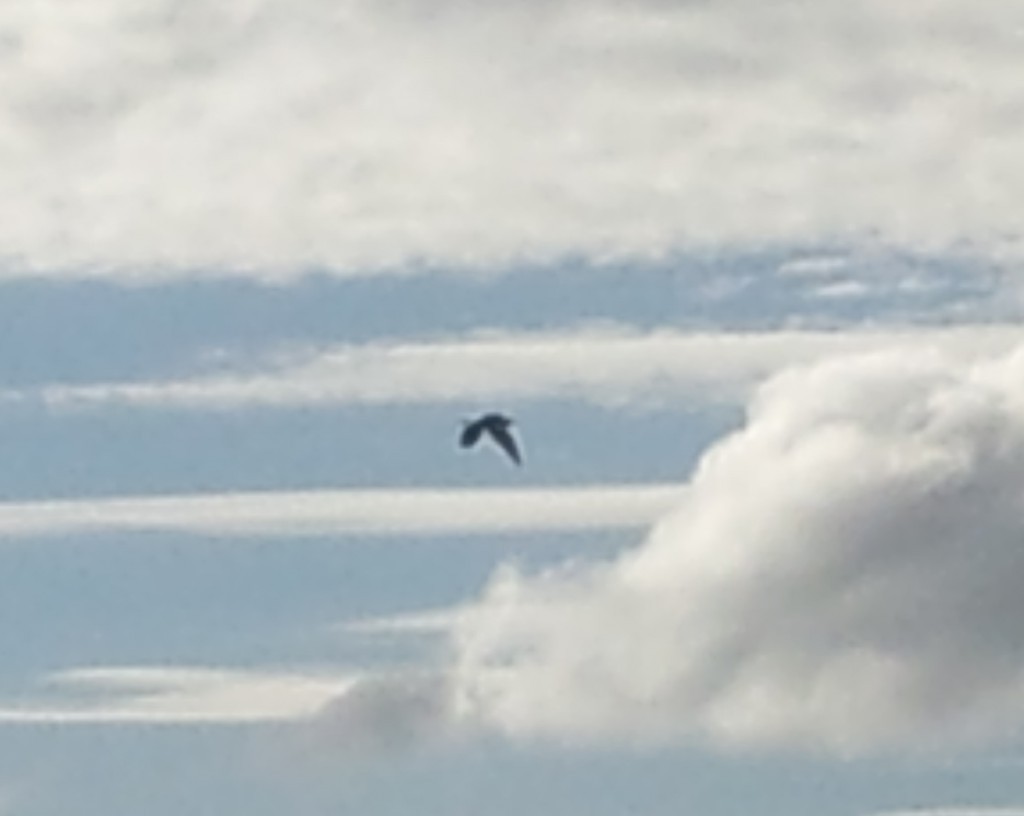 The first image of Robbie since the day we attached the transmitter. Photo by Mark Bachmann.
Robbie, the first Australasian Bittern to be satellite-tracked, remains in the Long Swamp area of coastal south-western Victoria. Last week, he was photographed for the first time since we attached the transmitter near Coleambally a month ago. You’ll see from the photo below that it’s not surprising he’s staying put: it’s gorgeous bittern habitat. You can read the latest update on the wetland restoration efforts at Long Swamp by Nature Glenelg Trust here. Robbie is loving their work.
He moves around quite a bit in the local area, often at night. It’s not entirely clear yet, but he seems to be feeding on the beach occasionally, which would be strange. Perhaps he’s just very close to the beach, or is in flight, sees the ocean that scared him so much last time and turns back. Our highest accuracy fixes still have an error up to 250 metres, so it’s hard to say at this stage.
Robbie’s journey continues to provoke discussion about whether or not he was alone on the initial 557 kilometre dispersal. Was it a case of trial and error, and he got lucky (‘individual learning’); or was he was led by experienced elders (‘social learning’); or finally, was Robbie’s journey innate (‘genetic navigation’), perhaps reflecting thousands of years of inland-coastal movement patterns by bitterns? After next season, we’ll be much better placed to begin answering these questions. We’ll also have a better idea of the network of non-breeding wetlands that sustain bitterns from the rice. 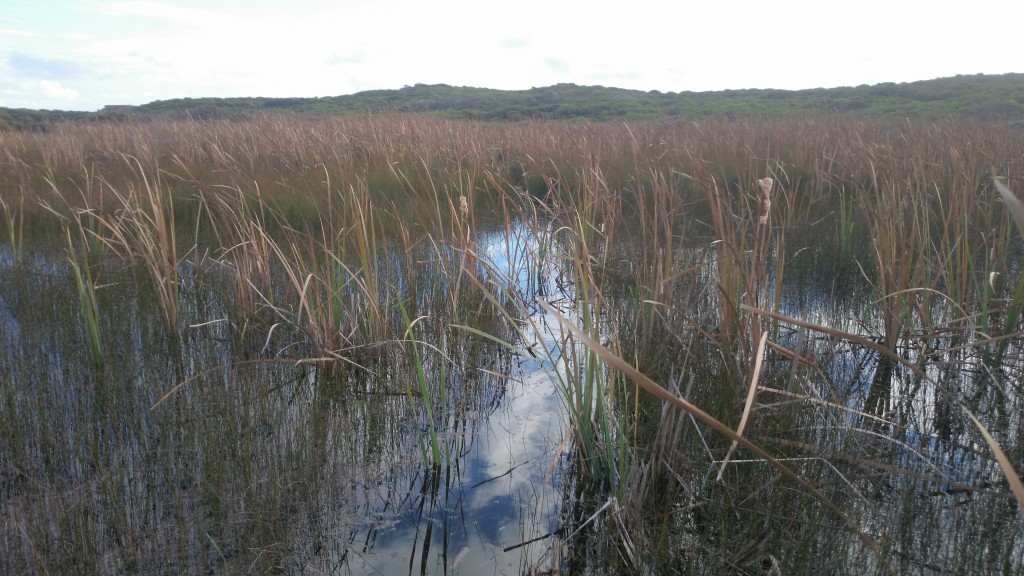 The habitat at Long Swamp that Robbie has been using. Photo by Mark Bachmann.

*Waterbirds, as defined here, include all species dependent on wetlands for all or a major part of their life cycle. For example, the list of 53 species includes Golden-headed Cisticola and Swamp Harrier, on top of the more obvious groups like waterfowl, herons, egrets, ibis, crakes, rails, sandpipers, plovers, cormorants and so on.