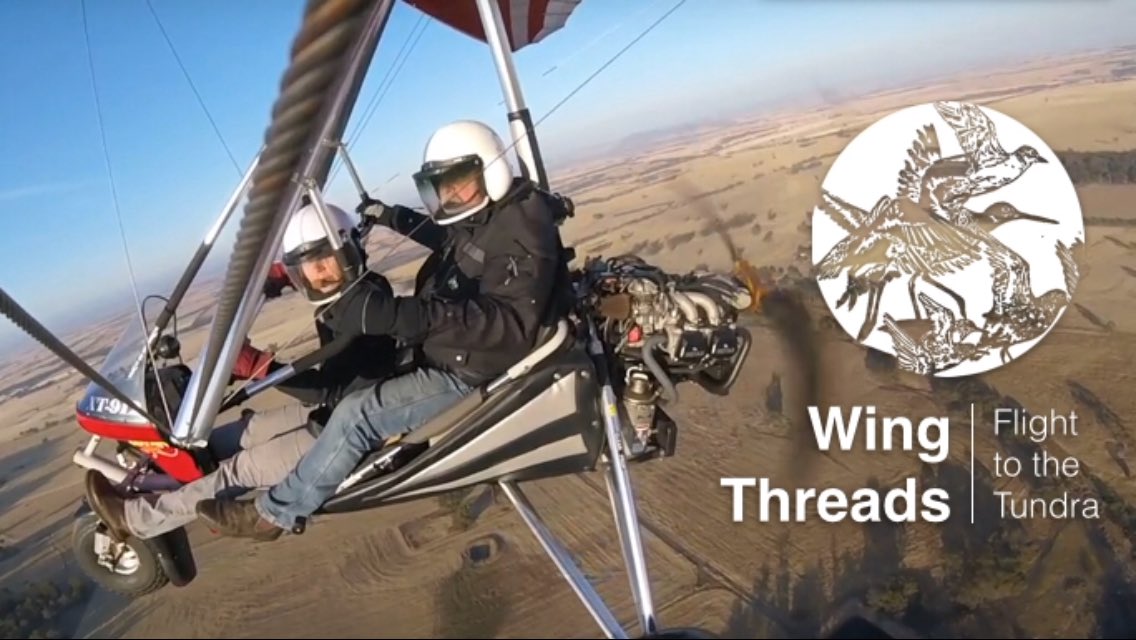 Milly Formby’s crowdfunding campaign has just launched and we’re hoping you can support her amazing quest. She plans to fly a microlight to Siberia to promote migratory shorebird conservation along our East Asian-Australasian Flyway. These birds need all the help they can get. There are several species, such as the Eastern Curlew, that are in serious trouble. Last year, Ann Jones at the ABC’s Radio National ran an excellent but disturbing three-part series about the plight of our migratory shorebirds. You can listen to it here.

The Bitterns in Rice Project is proud to be a project partner with Milly’s ‘Wing Threads’ and we offer a Bitterns In Rice Tour as one of the rewards. We’re super keen to help make her journey happen, so please head on over to her crowdfunding page where she has just over a month to generate $70 000 in donations. Please give what you can and help spread the word. 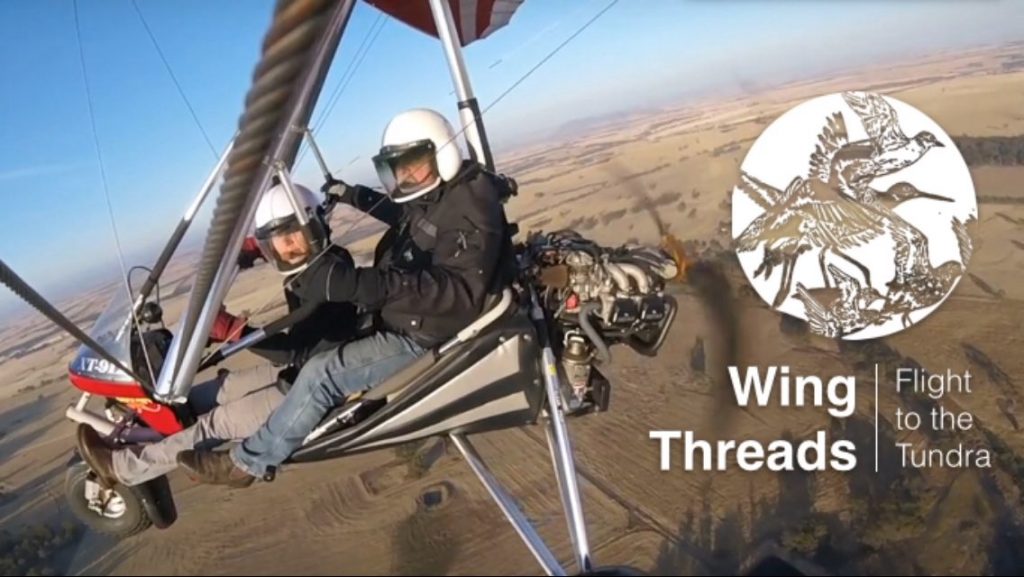 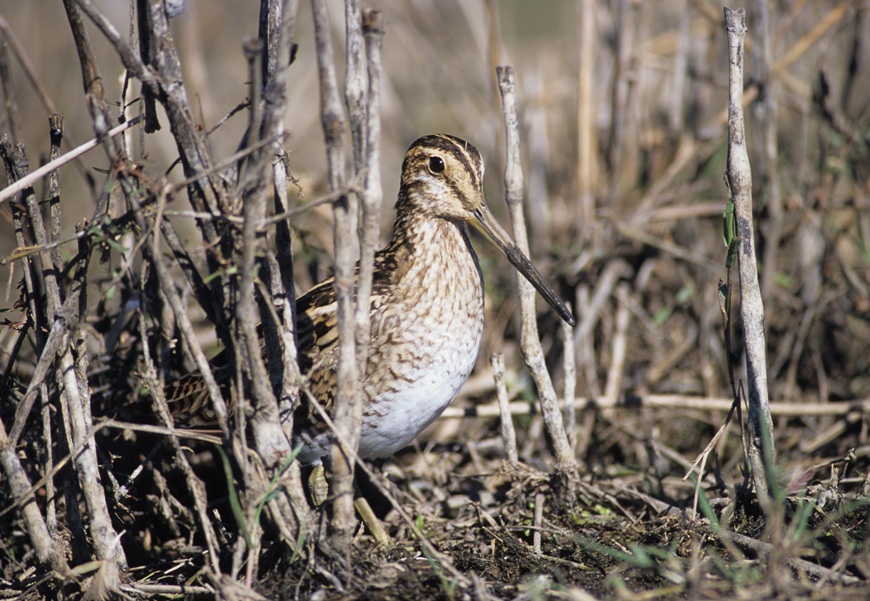 Each summer, the Riverina’s rice fields attract good numbers of the Latham’s Snipe, which breed in Japan. Photo by Peter Merritt. 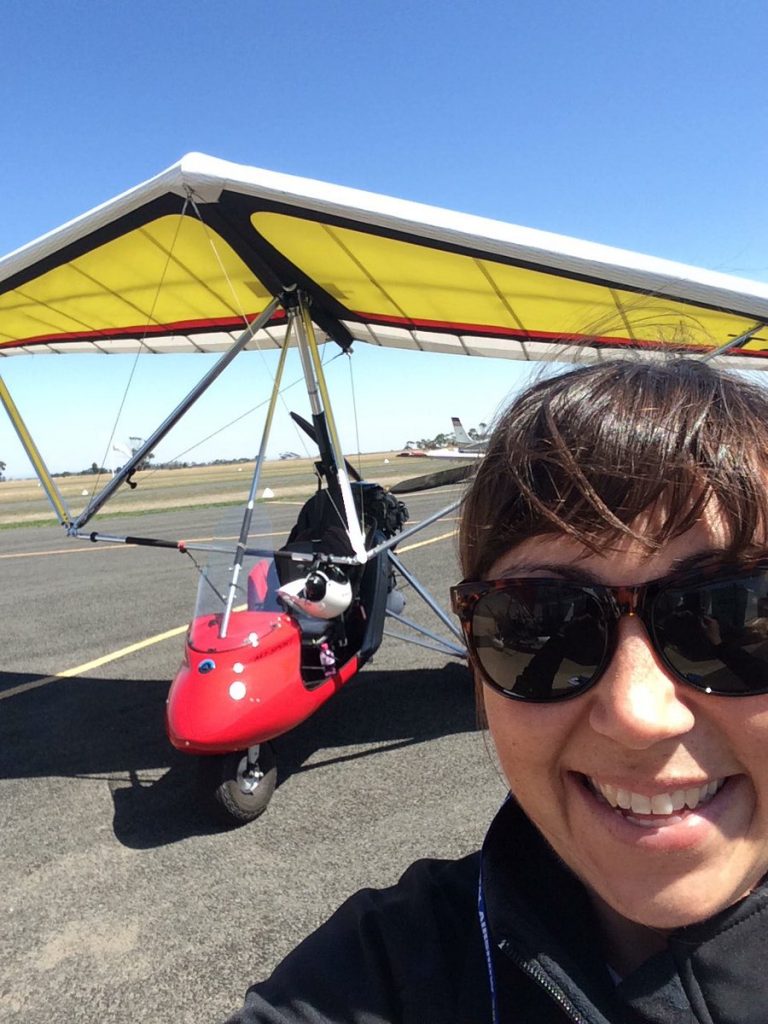 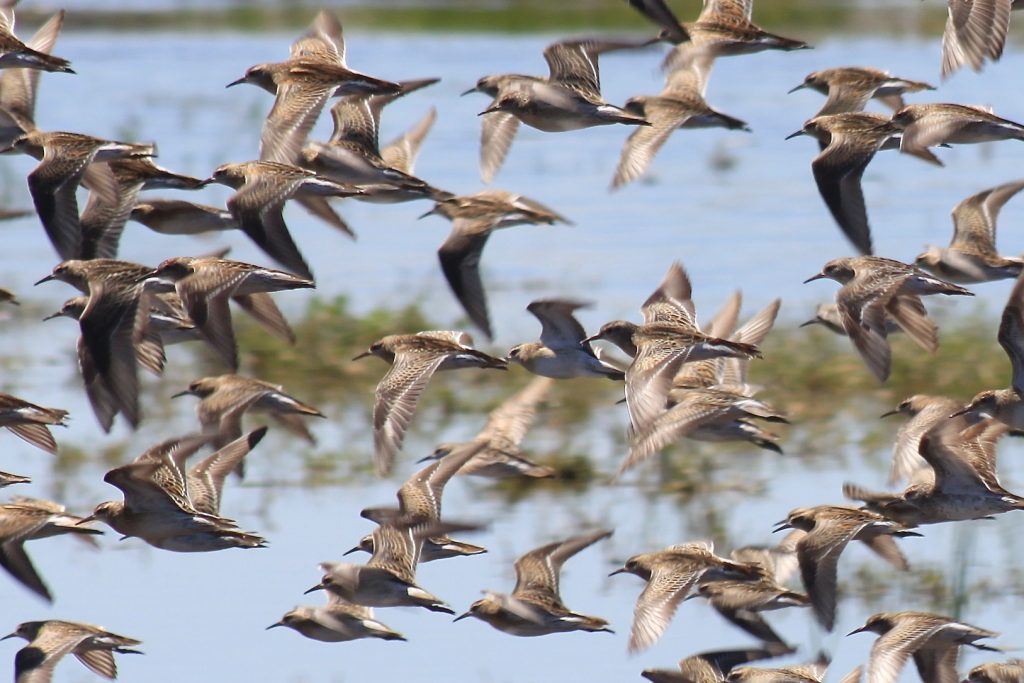 Sharp-tailed Sandpipers sometimes use the Riverina’s rice fields in groups of over 100 birds, especially during the early-mid part of the rice season when water depths are still low and the rice remains short and sparse. 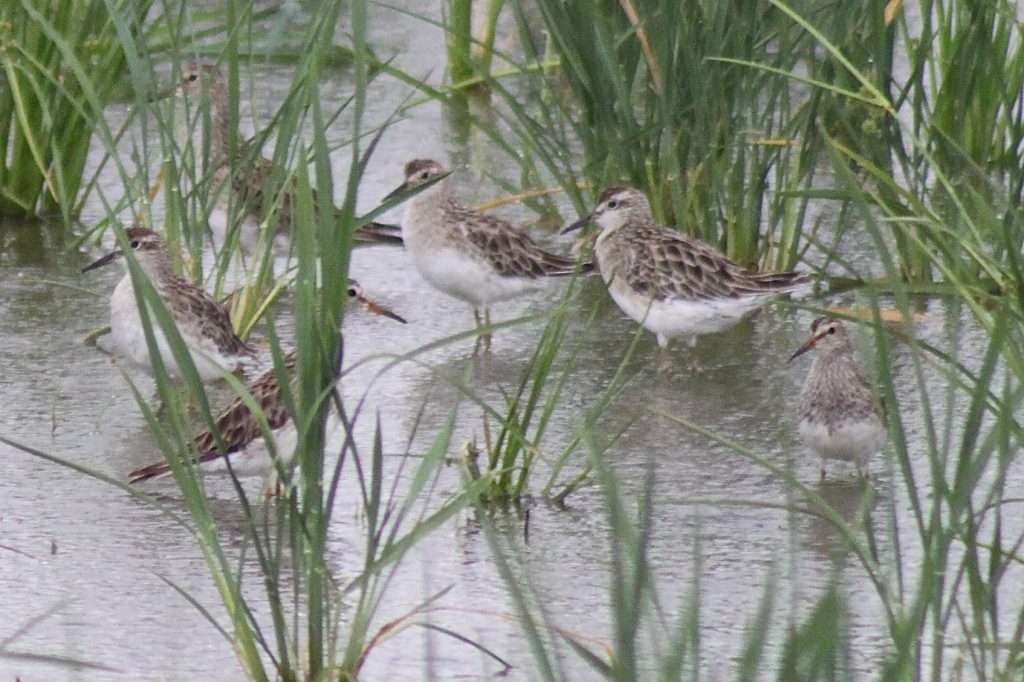