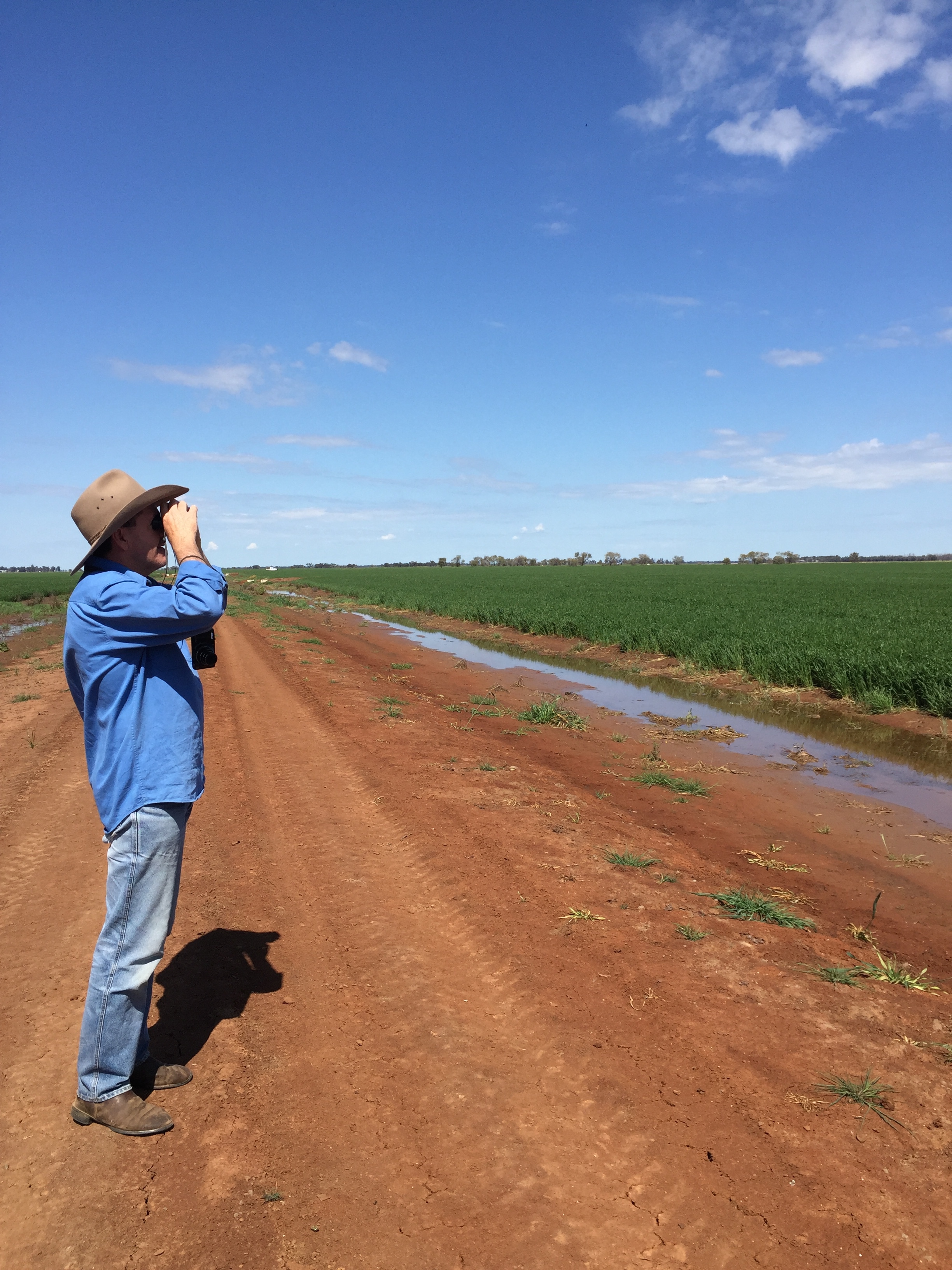 The world’s most famous bittern is on the move again. After flying 615 km from Long Swamp to Griffith last week, then 70 km to Coleambally on the weekend, he has now moved another 85 km to between Finley and Deniliquin. He’s not far from Blighty. Robbie has many fine virtues; let’s hope patience is among them because he won’t find any rice fields just yet.

But where will he go? Perhaps he’ll find one of the few presently suitable wetlands in the broader region, like those near Mathoura or Cohuna. Some of us are thinking about switching from coffee to incorporate frogs in our own diets, just so we can achieve Robbie’s energy levels. Others are wondering whether or not he’ll start booming and attempt to breed in his first year. We’ll be watching his next move closely.

Excitingly, before his last move he was photographed by the very man he’s named after: Mark Robb from Coleambally Irrigation. You can even see the transmitter antenna on his back. At one point, he was only 10 km from where we caught him and attached it back in April.

Last week, another bittern was seen in the Finley/Deniliquin region using a ditch on the side of road. You may recall that we’ve previously had bitterns moving about in the Riverina between rice seasons, recorded using irrigated wheat crops, channels, Cumbungi-filled creek lines and large remnant swamps. They all form part of the network. Robbie keeps on stitching together the landscape for us, highlighting how connected it is and how connected we all are. His movements also emphasise the awesome ability of waterbirds to find suitable habitat. Create it and they will come. 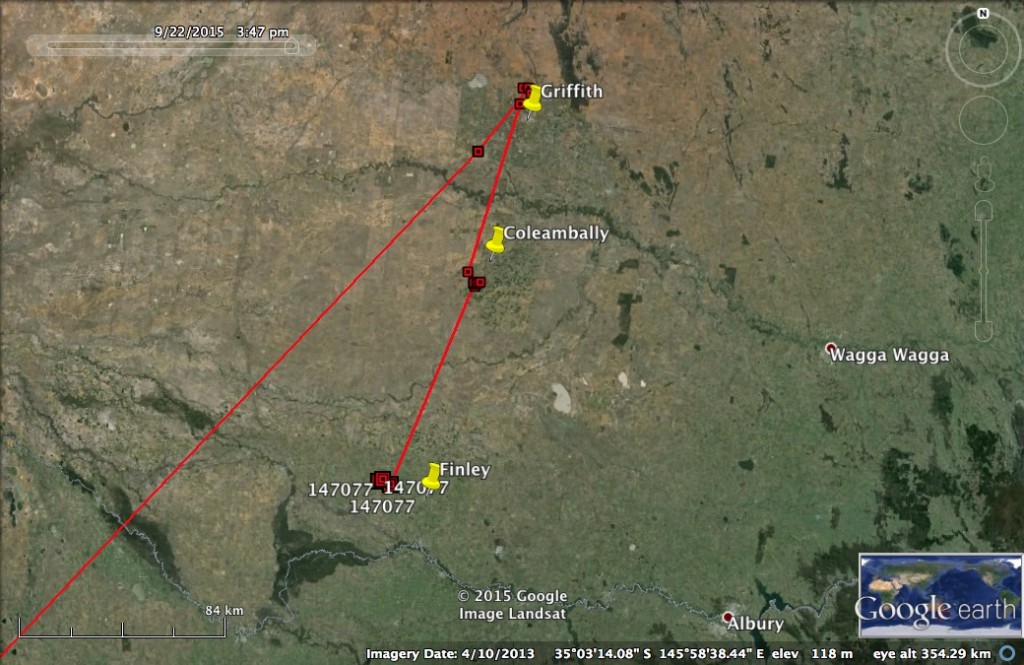 Robbie’s movements over the past five days. 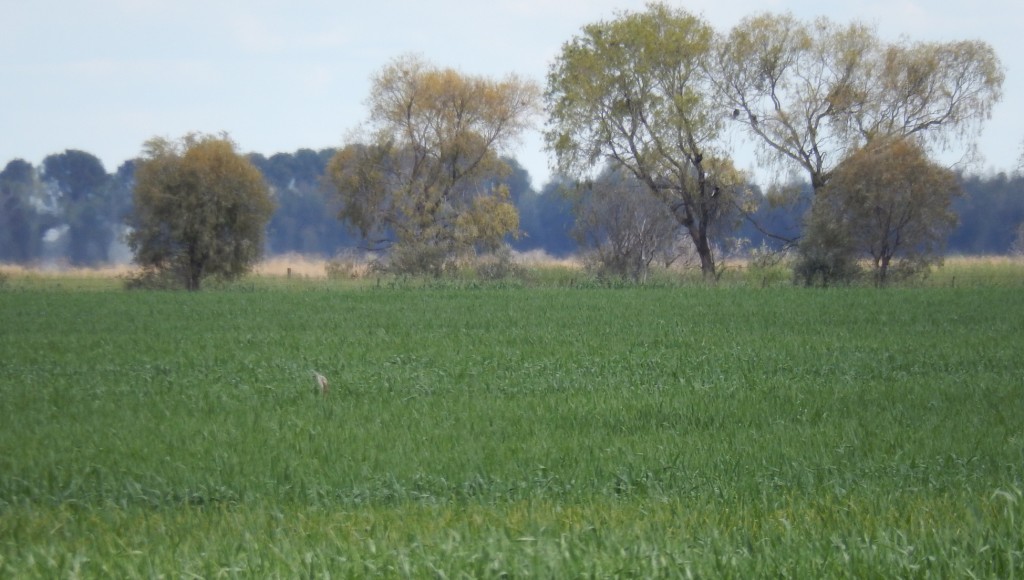 Robbie poking his head up in a Coleambally wheat crop. 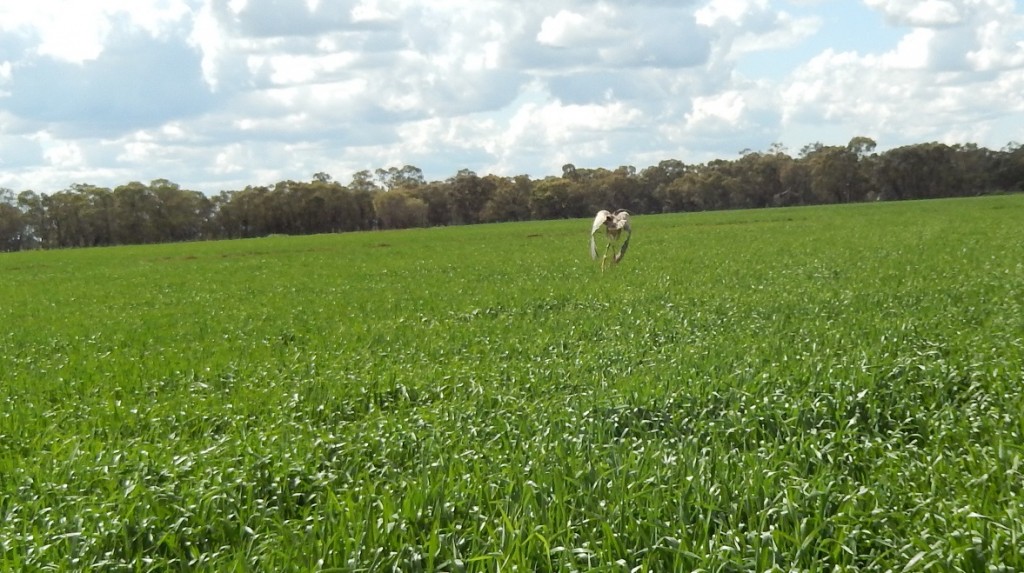 If you look carefully, you can see the antenna from the transmitter on his back. 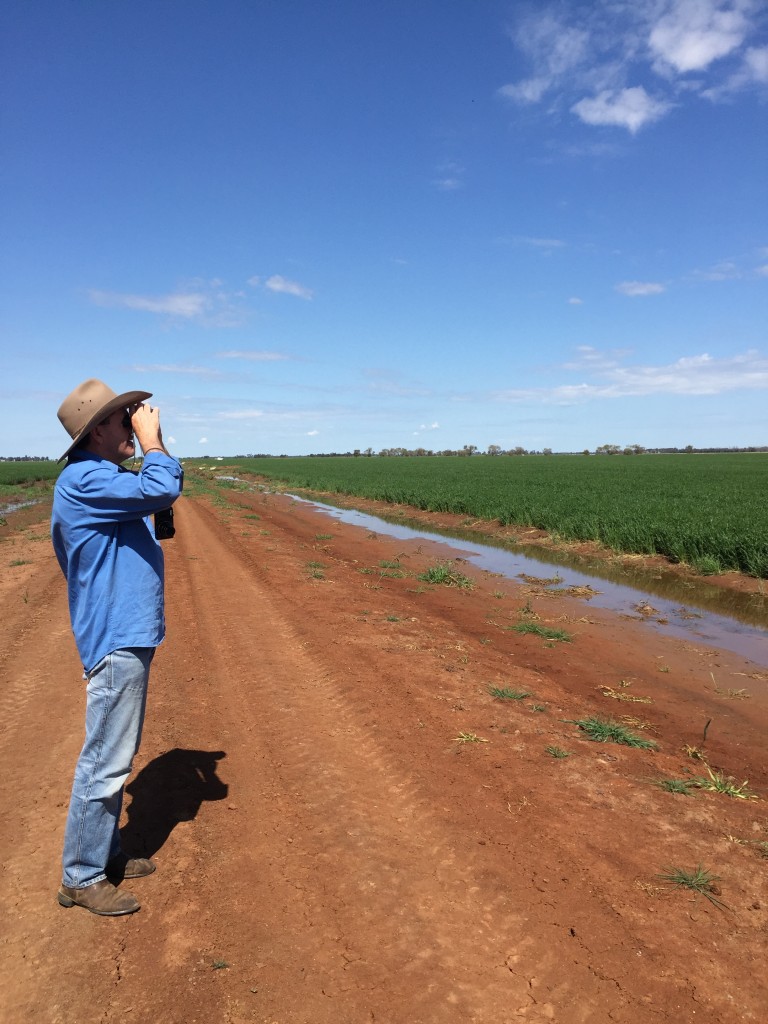