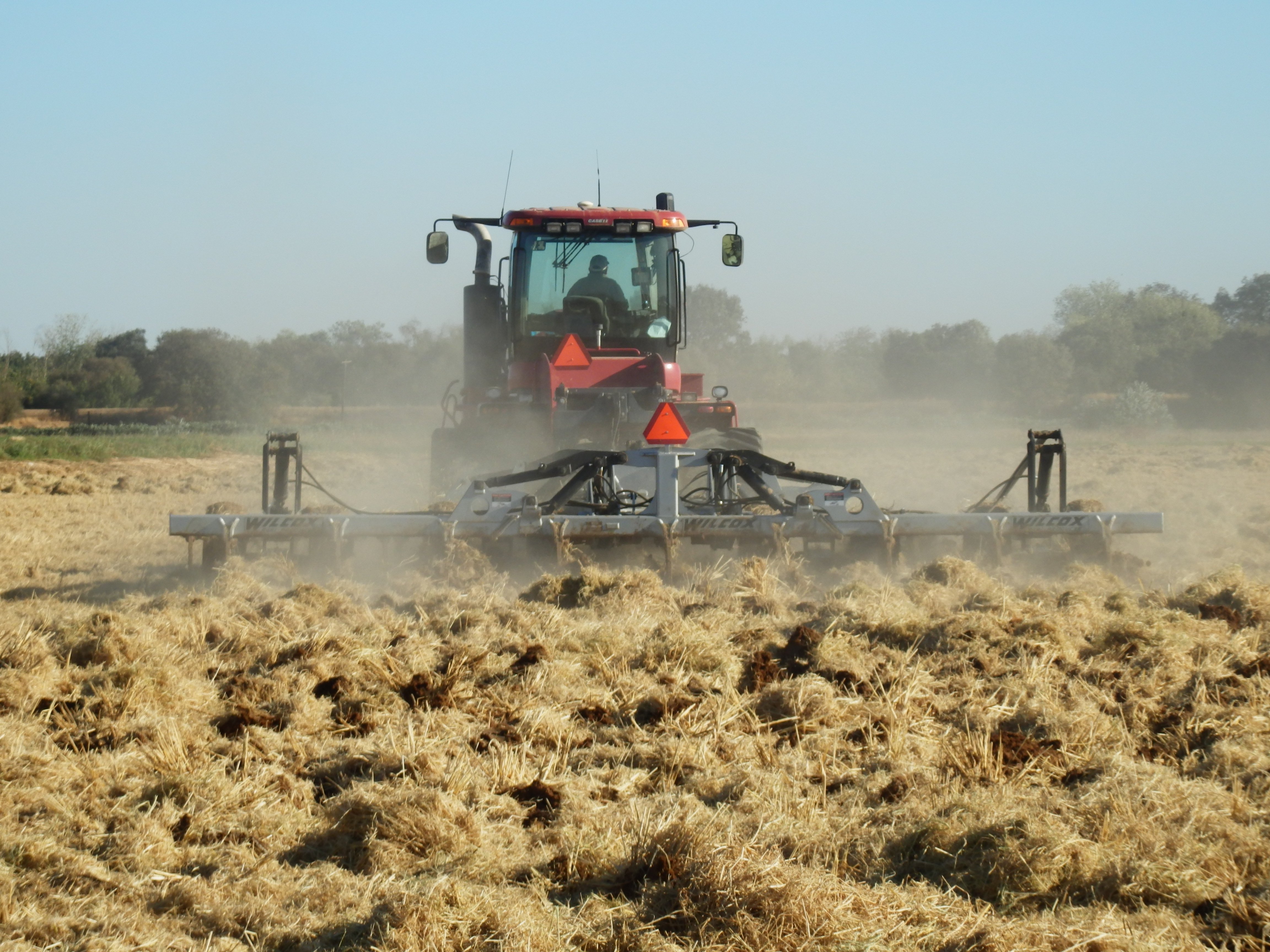 We’re back on home soil after a wonderful trip. The Global Food Security Conference at Cornell University in New York was excellent and our presentation, “Co-management of water for rice production and wetland biodiversity in Australia”, was well received, with lots of interest. Over on the other side of the country, the kind folks who showed us the innovative work being done in Californian rice fields were inspiring. We learnt a great deal, much of which we can apply here in the land of kangaroos and new prime ministers. But first, the conference. 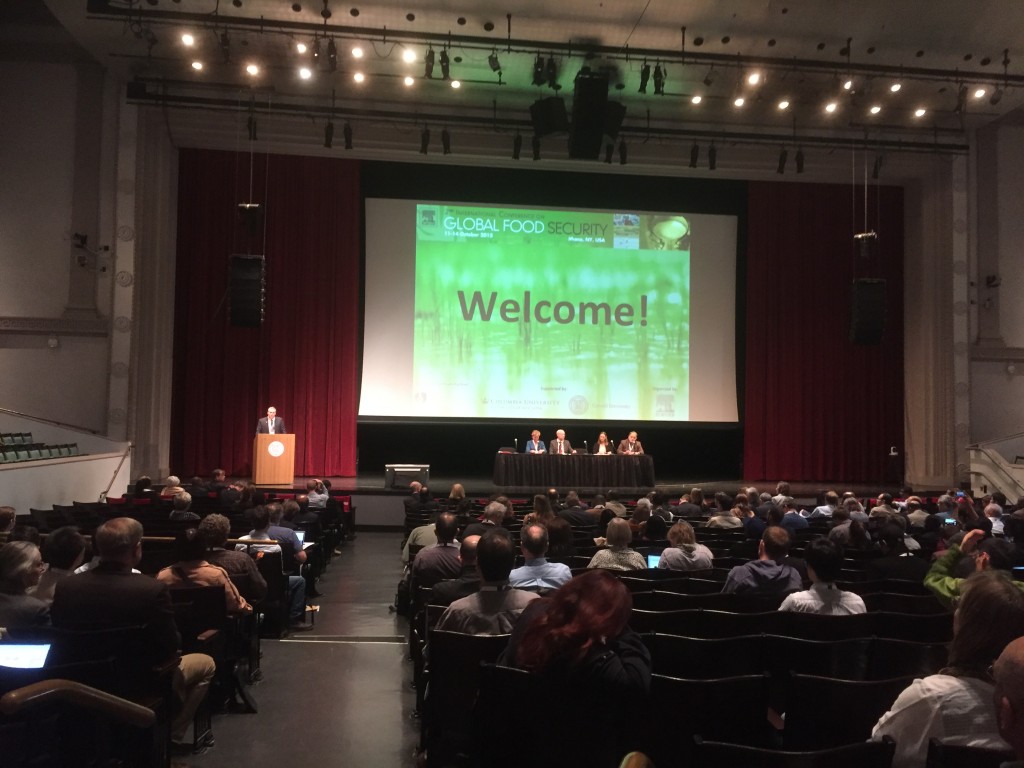 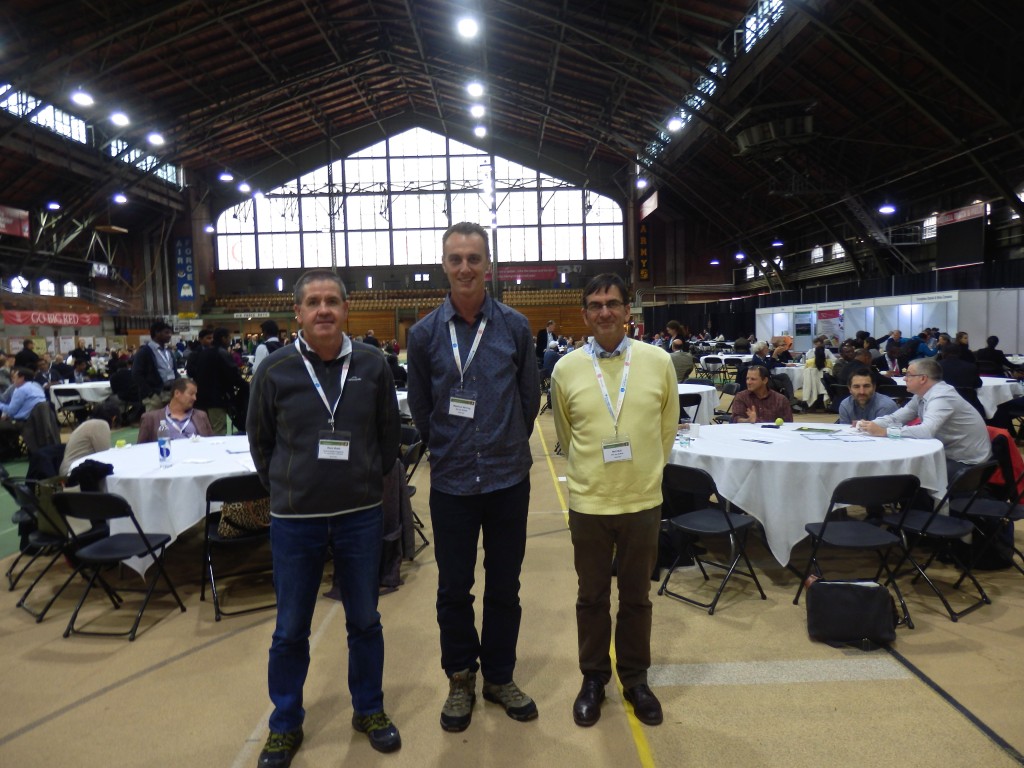 A key premise was that “achieving global food security whilst reconciling demands on the environment is the greatest challenge faced by mankind”. We’ll still need more agriculture as this century unravels even if concerted efforts are made in reducing human population growth, addressing food loss and waste, amending key distribution issues, and curbing global trends towards a diet of more meat. Modern agriculture has fed billions but it has come at a price and the need to address sustainability issues was ever present. A key message from our own presentation was the potential to untie more food production equaling less biodiversity. And as most of you will already know, we can go even further and take a leading role in threatened species conservation, ramping up the yield of wetland biodiversity alongside rice growing.

There were recurring notions like the importance of micronutrients in food and the need for nutrition security, rather than just food security per se. Restoring soil health and more diverse wholefood diets were among the means championed to address these issues. Some of the stats were alarming. For example, Professor Swaminathan from India highlighted that “an estimated 26 per cent of the world’s children are stunted, 2 billion suffer from one or more micronutrient deficiencies and 1.4 billion people are overweight, of whom 500 million are obese”. “The first 1000 days”, pregnancy through to two years old, was repeatedly emphasised as the crucial period when stunting can cause irreversible damage like impaired cognitive ability. A slide by one presenter, with neuroimaging showing the diminished brain size, was particularly arresting. Despite the gravity of the challenges ahead, we were reminded of the great strides already taken in alleviating extreme poverty and food insecurity, with plenty of encouraging case studies from around the world extending these achievements.

We also learnt about the rise of soybean, palm oil and aquaculture, and how these rapidly growing segments of the world food economy are overtaking traditional ones like wheat. Some of the key issues and their complexity, such as the trade-offs between different nitrogen fertilisers, land area and yields, are covered in this thought-provoking article; “Do industrial agricultural methods actually yield more food per acre than organic ones?“. And as is so often the case, it’s not a question of one or the other, but a recognition of the role for both and the room for improvement across the board.

Here’s a little write-up, Resource Trade-offs in an Interconnected World, on the “Economics That Really Matters” site about the session where we presented our work. It discusses the many unresolved trade-offs but mentions our work as a hopeful message regarding win-win scenarios for resource use.

We arrived in California after driving through the vast corn fields (above, left), which incidentally are used primarily to produce ethanol. Rice growing (above, right), on the other hand, is highly concentrated, mostly in Arkansas and California, much like the NSW Riverina in Australia.

We started out with an inspiring morning at the Robbins Rice Company, thanks to John Brennan and Emily James. We saw converted rice fields supporting thousands of waterbirds. We discussed the possibilities of areas like this still producing rice while maintaining the new habitats between rotations. Very exciting stuff! We also saw constructed islands within rice fields, expanded edge habitats and other measures all building on existing habitat values. 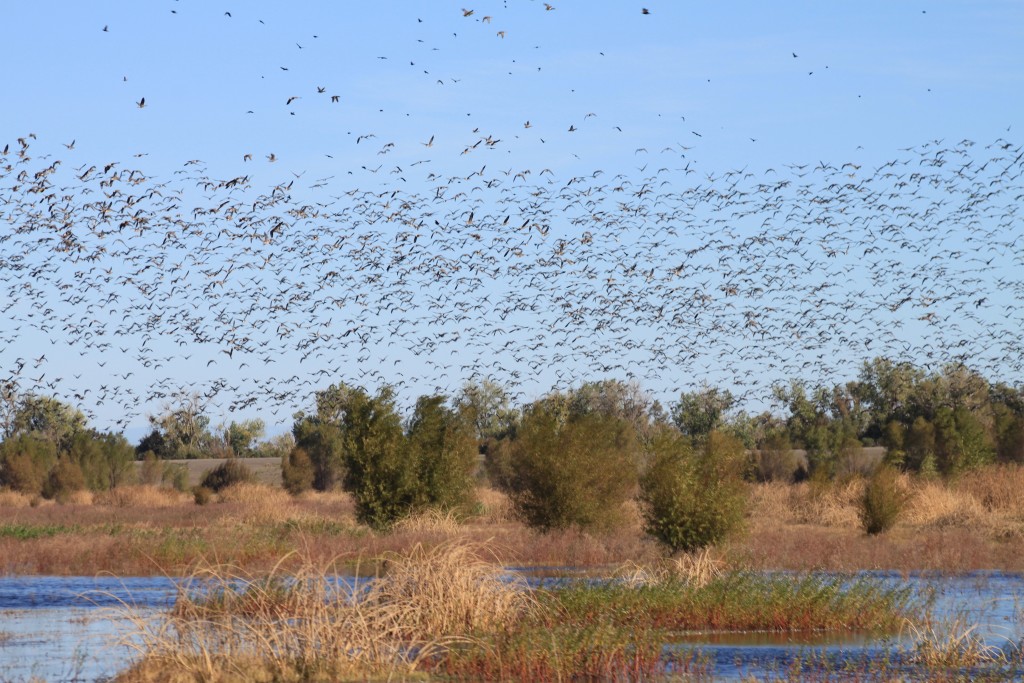 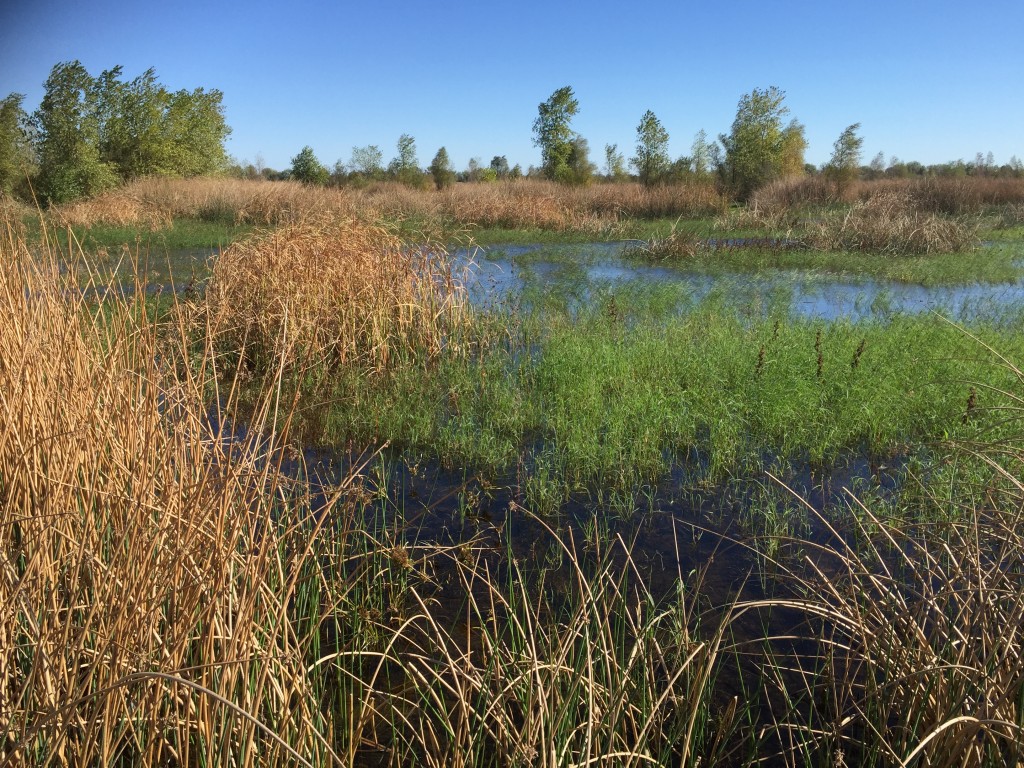 Created wetlands like this are actively managed to support waterbirds alongside rice crops.

The inspiration continued at Next Generation Foods with Michael Bosworth. We saw spectacular waterbird flocks and a good range of species using harvested rice fields strategically flooded to coincide with migration and remove the need to burn stubble because the rice straw decomposes with the water instead. What was already being vividly illustrated were the benefits of active management. It was a reminder that we’re too often too passive in our approach to managing wetlands in Australia. 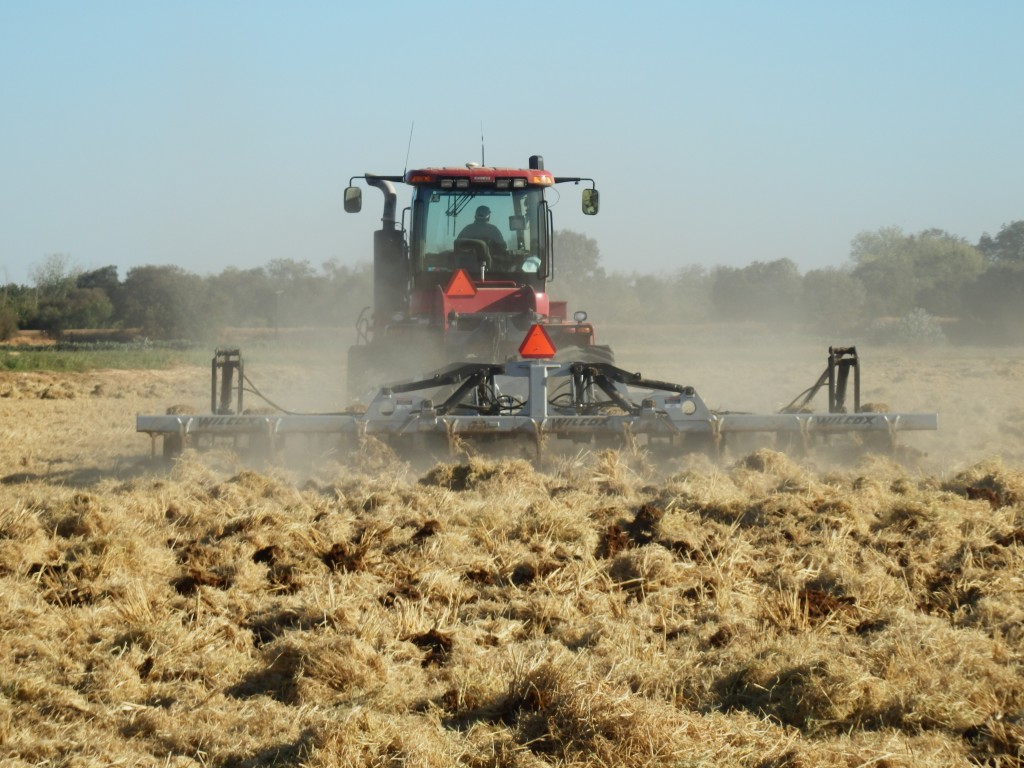 Stomping, chipping and chopping are among the methods used to prepare rice fields for post-harvest flooding, as well as manage vegetation cover in adjacent created wetlands 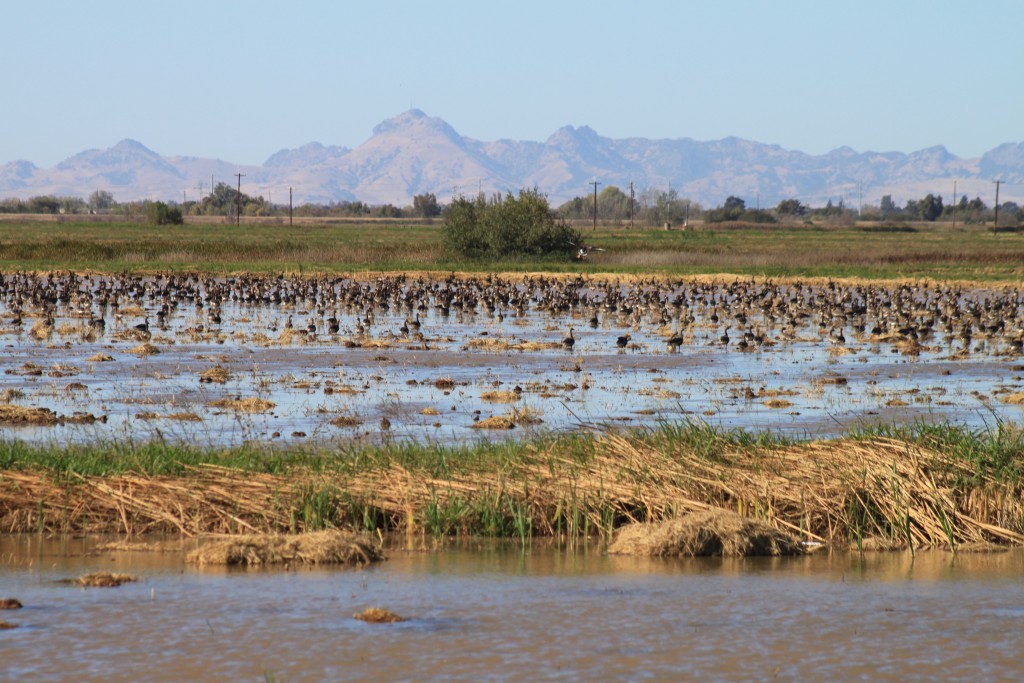 A wonderful final day came thanks to Catherine Hickey and Kristin Sesser at Point Blue Conservation Science, and Khara Strum at Audubon California. We saw the outcomes of their initial $US10 million Waterbird Habitat Enhancement Program with rice farmers and the California Rice Commission. We saw migratory shorebirds like Greater Yellowlegs taking advantage of The Nature Conservancy’s new ‘BirdReturns‘ program, adapted from that earlier work.

There were also huge flocks of White-faced Ibis, with a few Black-necked Stilt, American Avocet and Killdeer around, plus the calls of nearby Sandhill Cranes, just to mention a few. There had been American Bitterns around as well but we didn’t have any luck and were short on time to look properly. Next time! Adjacent to the post-harvest rice fields that had been re-flooded were superb, actively-managed created wetlands. What was crystal clear now was that these heavily modified landscapes (not unlike the Riverina) had been embraced to build on their novel values through partnerships with rice growers, government and NGOs.

What makes Australian rice fields so special is that they provide important habitat for globally threatened species; most notably our bittern, the Southern Bell Frog and Australian Painted Snipe. After this trip we have a clearer idea of our future directions, such as partnering to co-manage water; seeing growers rewarded for producing bittern-friendly rice; targeting threatened species with dedicated habitat bays and created wetlands adjacent to rice fields; as well as exploring more complete, habitat-rich, low-input food production systems like rice-fish-duck that support a maximum biodiversity. Exciting times to say the least.

Lastly, and on that note, in California we heard about the Nigiri Project. It’s a collaborative effort to help the endangered Chinook Salmon population by allowing salmon fry to grow in rice fields until they’re big enough to make the journey out to sea.

“Nigiri is a form of sushi with a slice of fish atop a compact wedge of rice. The Nigiri Project is the name of a collaborative effort between farmers and researchers to help restore salmon populations by reintroducing young salmon onto winter‐flooded rice fields. These “surrogate wetlands” mimic the floodplain rearing habitat used historically by young salmon which has been largely eliminated by the development of the Central Valley. Spearheaded by CalTrout and Cal Marsh and Farm, this public/private partnership is demonstrating the multiple benefits of integrating conservation practices into working agricultural landscapes on the largest connected floodplain of the Sacramento‐San Joaquin Delta, the 60,000‐acre Yolo Bypass.” 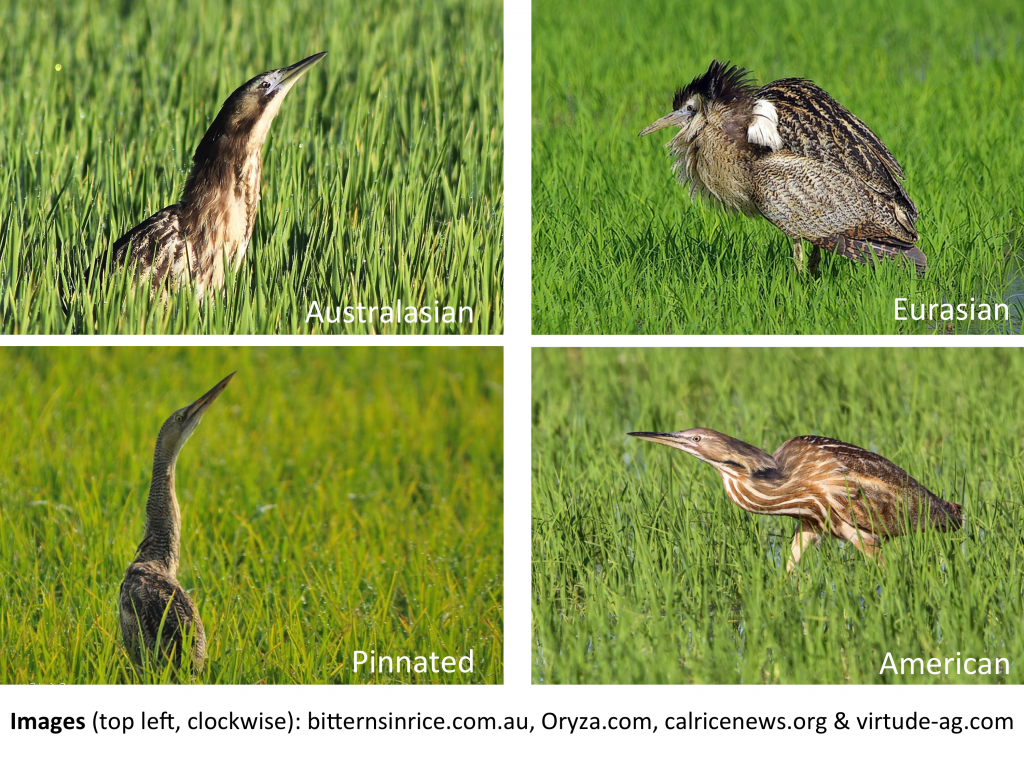 All four of the world’s large bittern species (Botaurus genus) use rice crops.