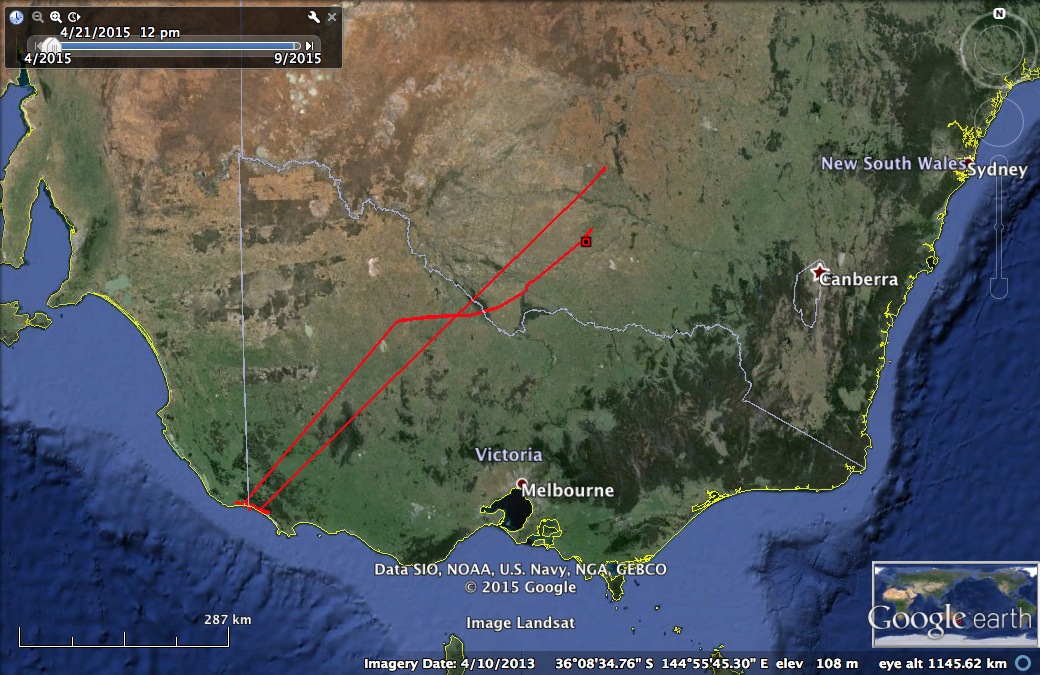 We’re delighted to have finally put together the best footage that our sensor cameras captured earlier this year. These are rare insights into the secret breeding lives of bitterns.

You may recall that last season we were able to establish beyond any doubt that there is widespread bittern breeding in rice crops. We also confirmed they can breed successfully before harvest and that a single booming male can have multiple nesting females within his territory.

Sit back and enjoy these new glimpses into the strange and mysterious world of the Endangered Bunyip Bird. Special thanks to Emma Wilson and Matt Cameron at NSW OEH for loaning us the cameras.

Last week I had the great pleasure of joining Mark Bachmann from Nature Glenelg Trust as we retraced Robbie’s journey from his arrival at Pick Swamp in South Australia to Long Swamp in south-western Victoria via the Glenelg River estuary at Nelson. What a beautiful part of the world it is down there. And like Mark has pointed out; Robbie’s journey has highlighted how our wetlands are invisibly connected, supporting each other.

Pick Swamp was pumping with life. Despite only having about 15 minutes, we did see an Australasian Bittern, a pair of Brolgas and a Cape Barren Goose, among others. The patchiness in wetland vegetation is near-perfect for supporting maximum waterbird diversity. It has been brought back to life through restoration and now forms part of the Piccaninnie Ponds Karst Wetlands Ramsar Site.

We didn’t have any luck spotting Robbie at Long Swamp (we were short on time and he’d moved from his last fix) but what a thrill to see where he’s been since rice harvest when Inka Veltheim and I had him in our arms. 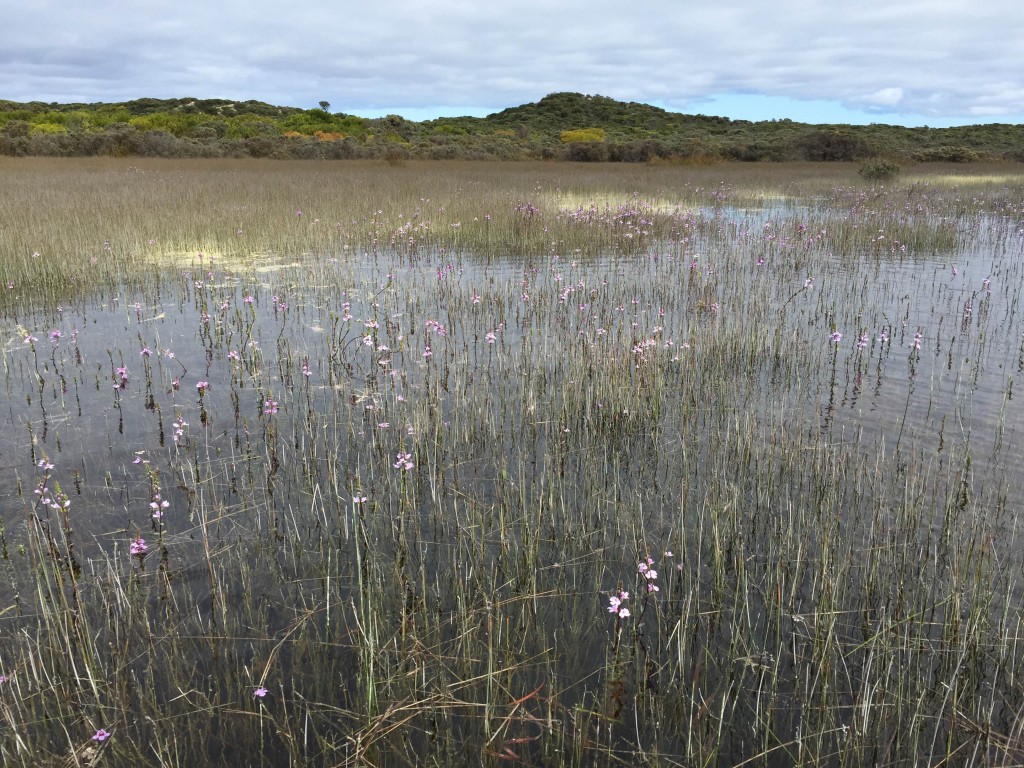 Long Swamp, home to Robbie for over four months now, was looking magnificent. Hats off to Nature Glenelg Trust for restoring this gem on the south-west Victorian coast. 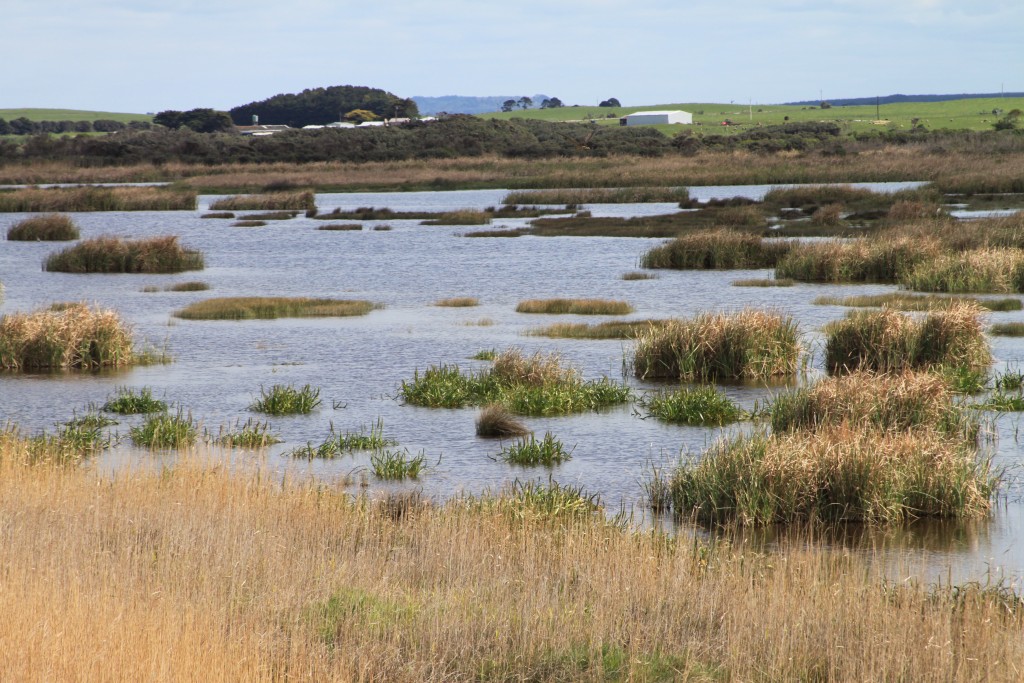 Pick Swamp, on the South Australian coast, where Robbie first appeared after his 557 km dispersal. Spot another bittern in flight? 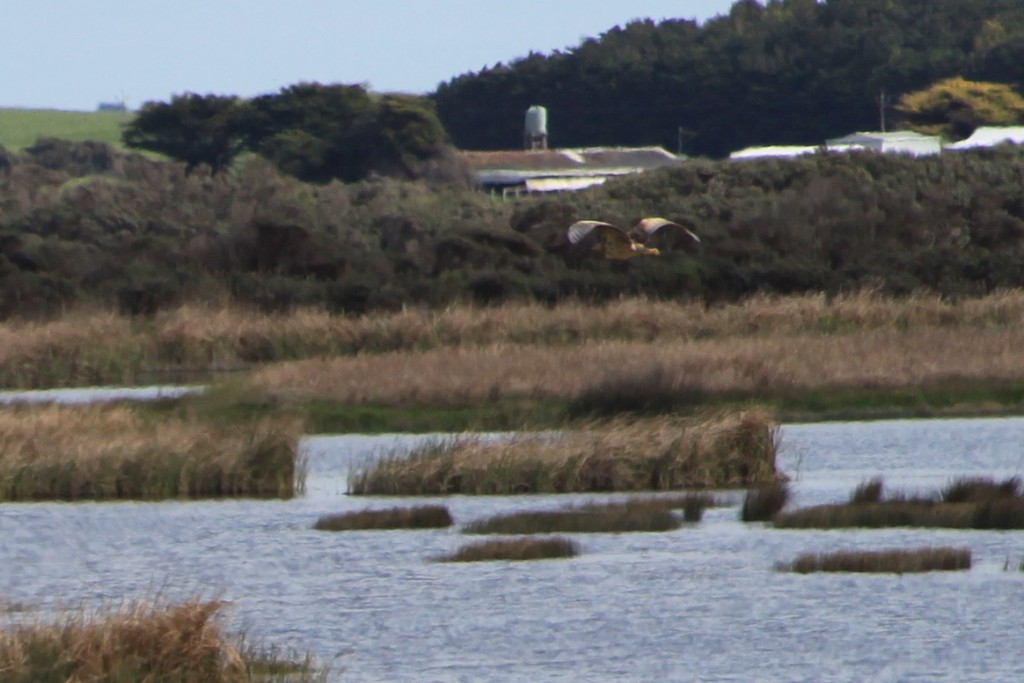 An Australasian Bittern in flight at Pick Swamp. 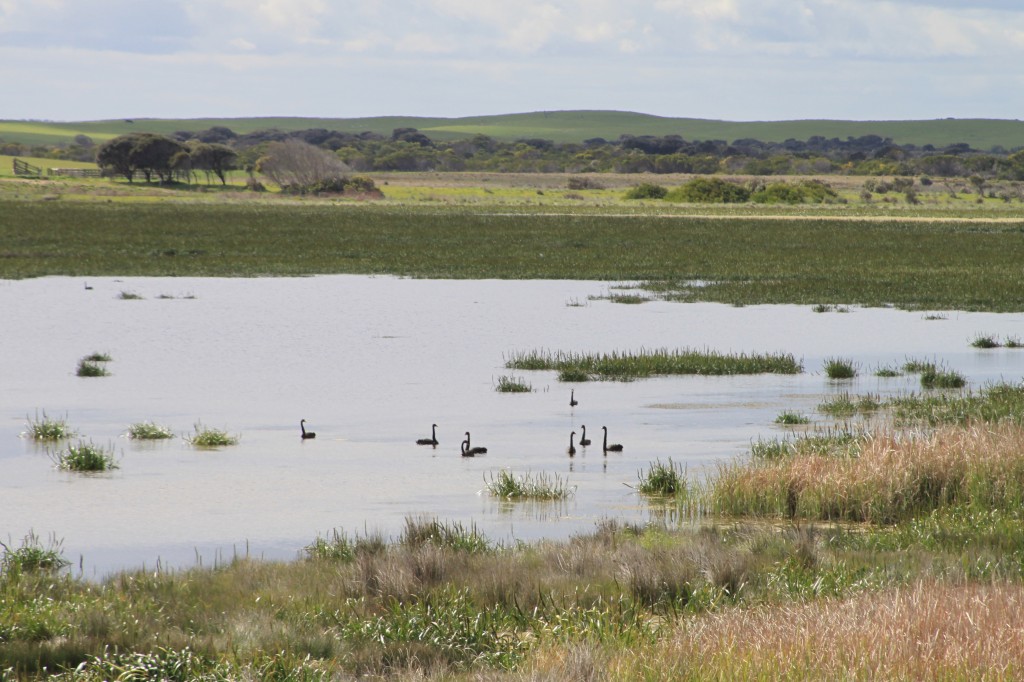 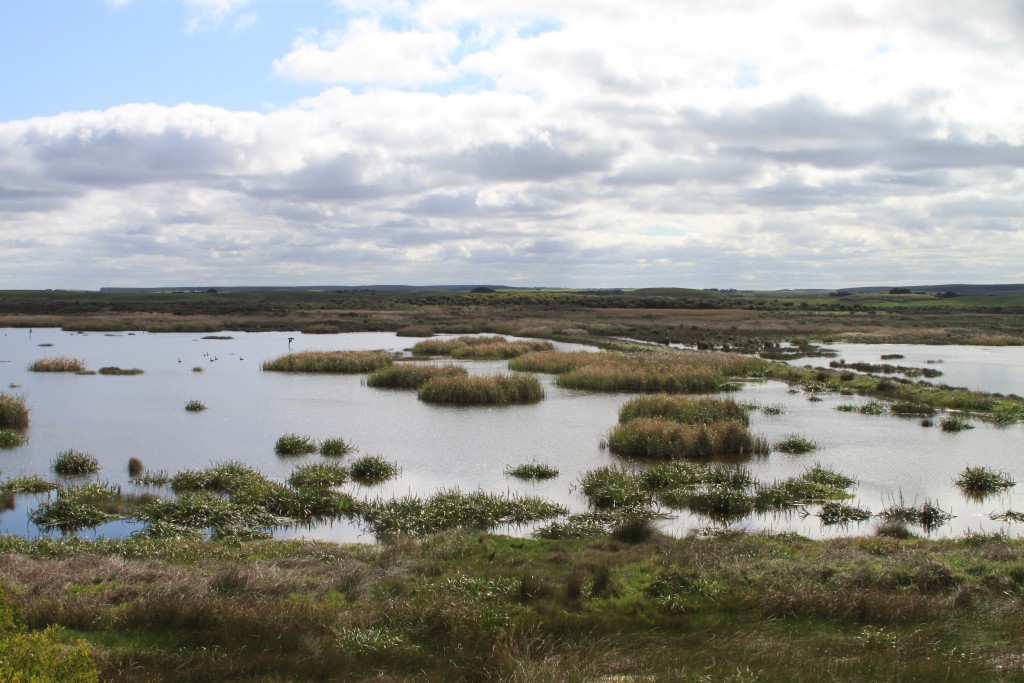 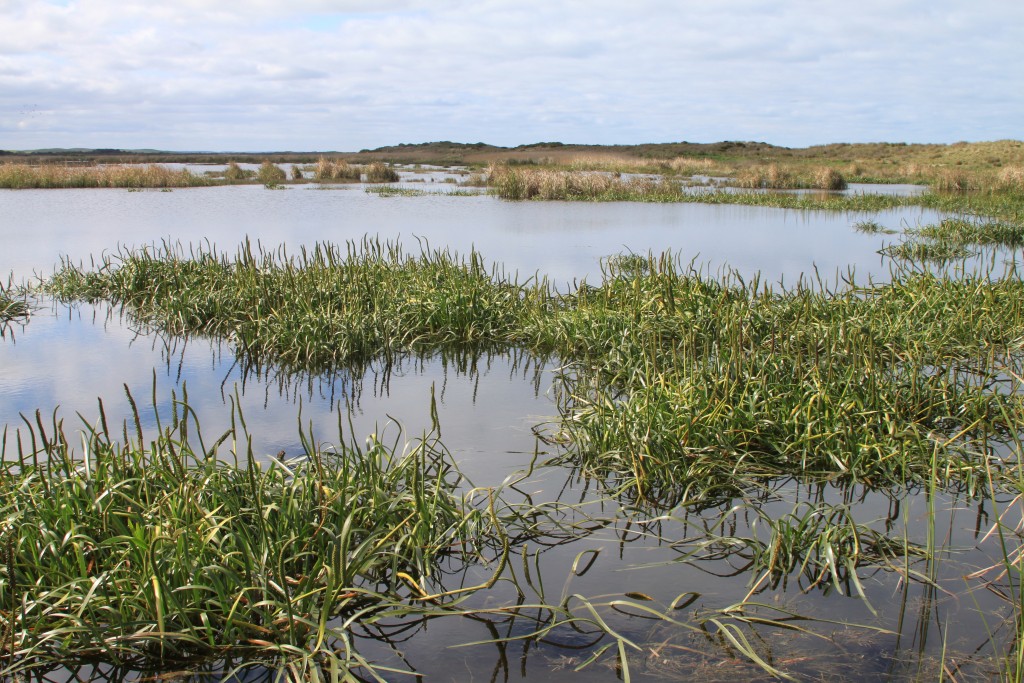 The patchiness of waterplant cover at Pick Swamp is near-perfect for supporting maximum waterbird diversity.

Over in California, rice harvest has begun. This means sowing isn’t far away here in Australia and we’re counting down the days until the bitterns start returning. We still wonder if Robbie will be among them. Our plan this season is to look in detail at sowing methods, water management and bittern prey; continue with the overall monitoring of the population; and we’ll get more birds away with satellite transmitters. Exciting times. 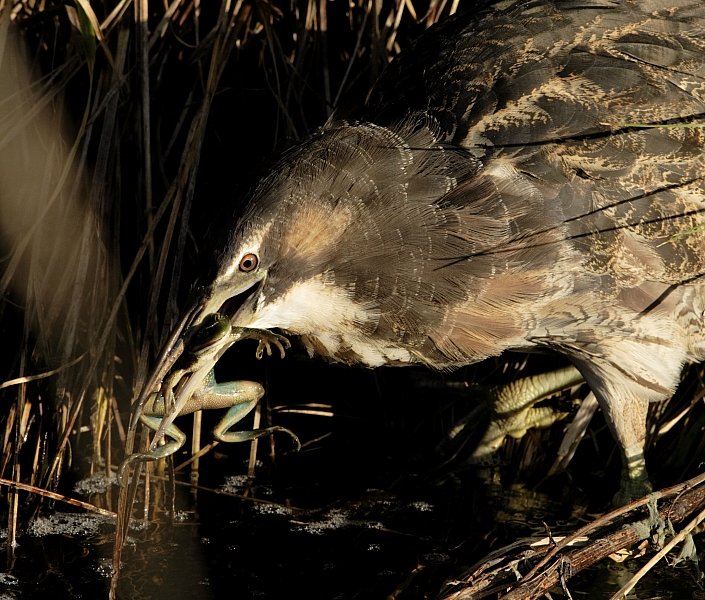 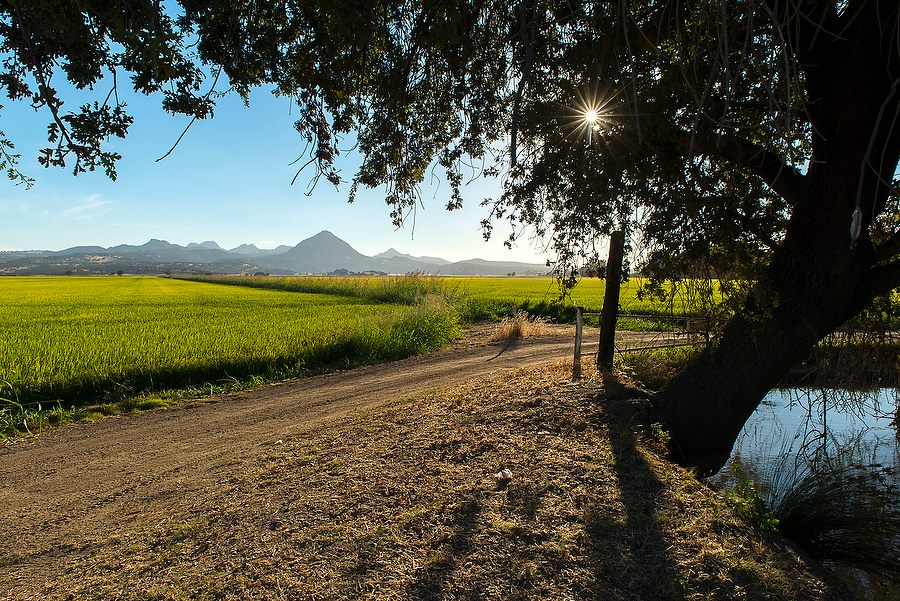 We’ve been lining up rice farmers in California to show us their inspiring and innovative work when we visit in October, and they’re only too happy to give a few bittern-loving Aussies a tour. From strategic flooding of harvested bays for migratory waterfowl and shorebirds, to widening banks and creating islands, much has been achieved through their $10 million Waterbird Habitat Enhancement Program: http://calrice.org/pdf/waterbirdhabitatbro_web.pdf

We’ll be on our way after we’ve presented, “Co-management of water for rice production and wetland biodiversity in Australia”, at the 2nd International Conference on Global Food Security in New York.

This Friday (Sept. 18th) there is a Wildlife on Farms field day near Moulamein. Neil Bull and I will be there presenting, together with Damian Michael and Mason Crane from ANU, and Emma Wilson from NSW OEH. We hope to see many of you there too. It should be a great day. 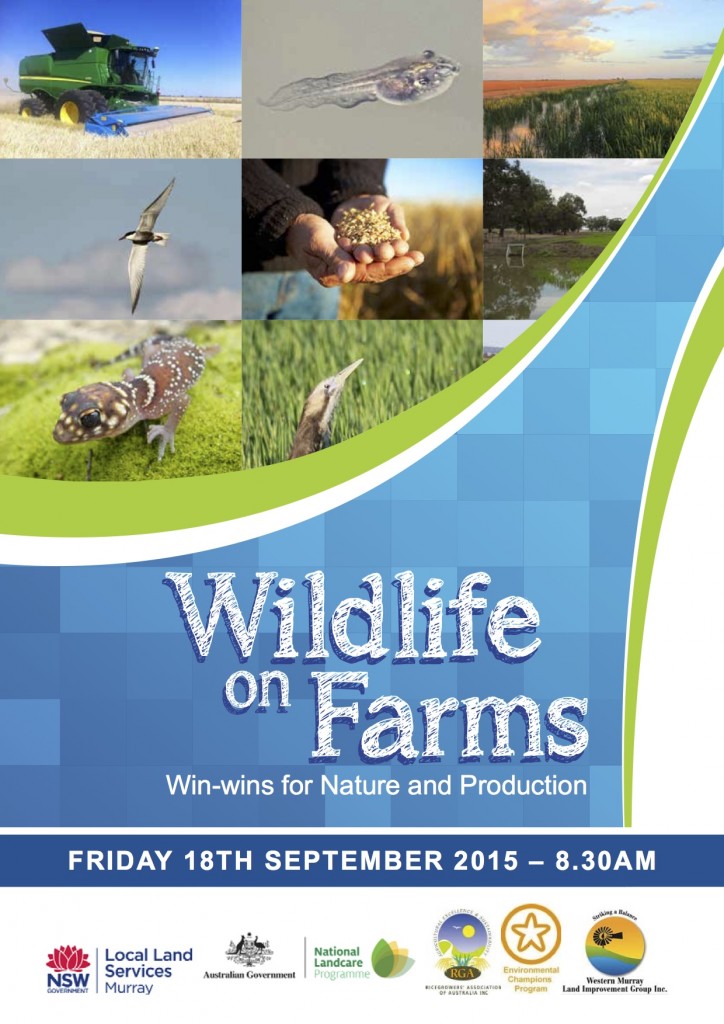 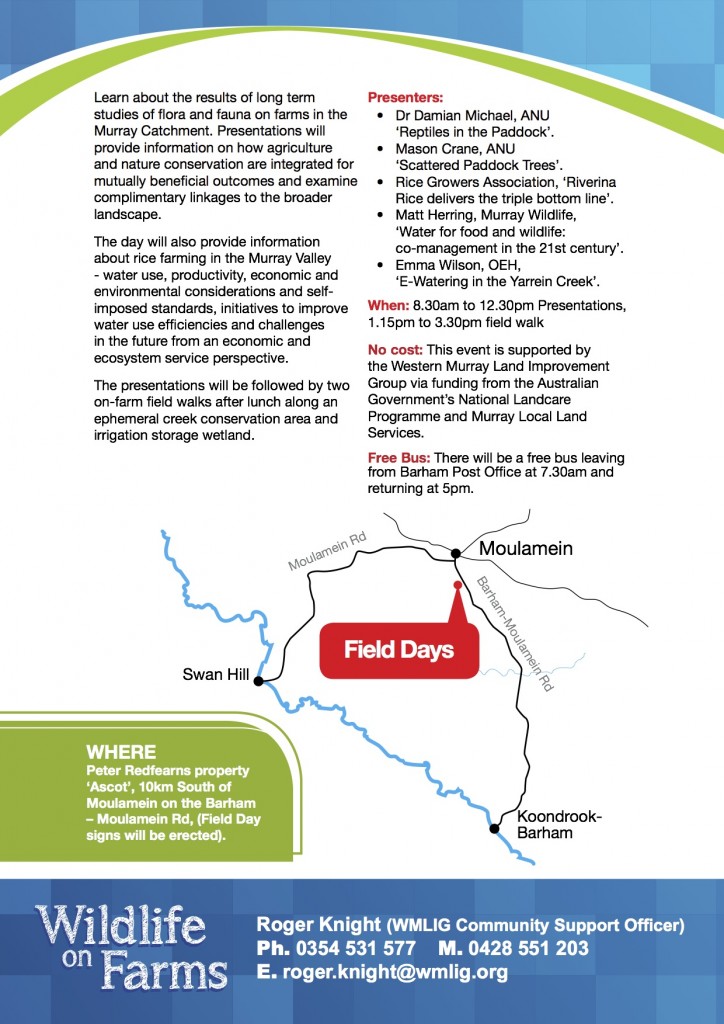