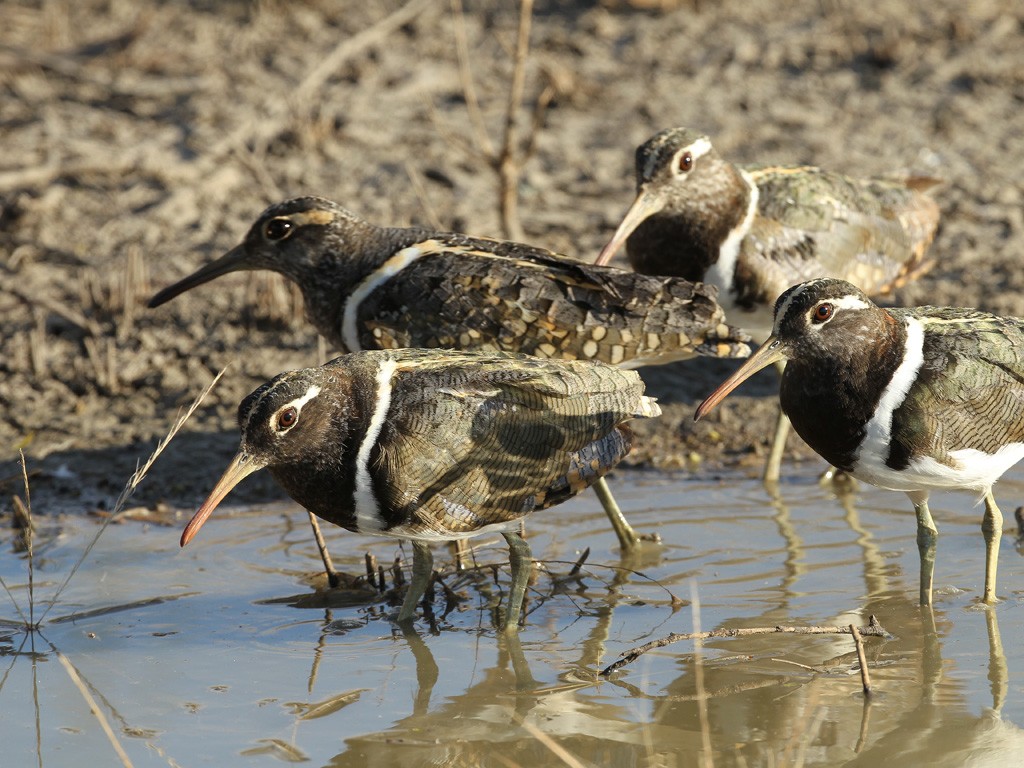 The Australian Painted Snipe is Australia’s only other globally endangered waterbird species. Remarkably, they can also use rice fields in their hundreds. Photo by Peter Merritt.

This is another near-mythical Australian waterbird species. They are most often found using ephemeral wetlands when they are drying out. This rarely encountered bird prefers the combination of very shallow water and mud, with the cover provided by smaller waterplants.

Below is the summary of our 2014 paper that documents the use of rice fields by the Australian Painted Snipe. Click here for the full article.

In the opposite fashion to Australasian Bitterns, females do not incubate the eggs or raise the young, but can also have multiple partners. We are interested in any sightings of Australian Painted Snipe, especially in or near rice fields. Since 2001, Birdlife Australia’s Painted Snipe Project has been working to conserve this enigmatic waterbird, which is now listed as both nationally and globally endangered.

The use of rice fields by the endangered Australian Painted Snipe (Rostratula australis): a rare opportunity to combine food production and conservation? 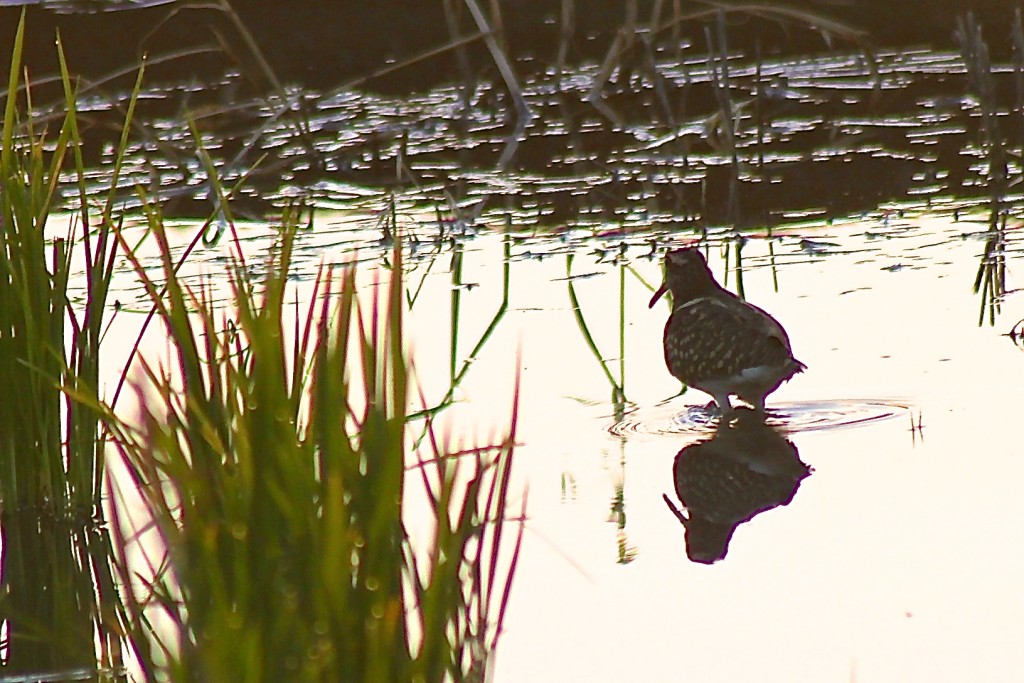 As the sun sets, this Australian Painted Snipe forages in the shallows on the edge of a rice field. 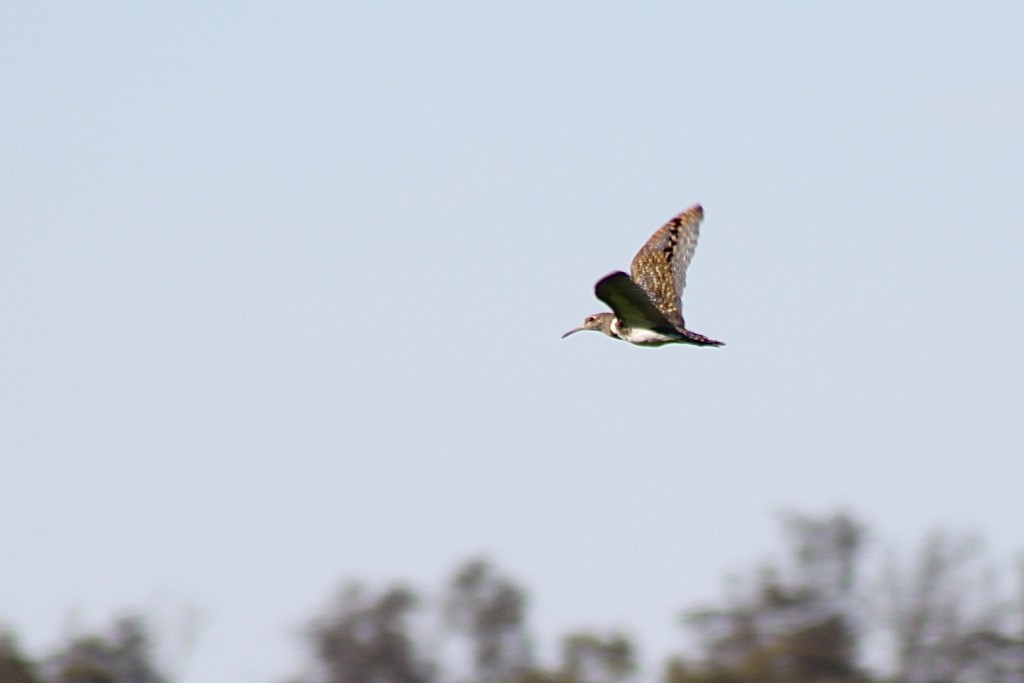 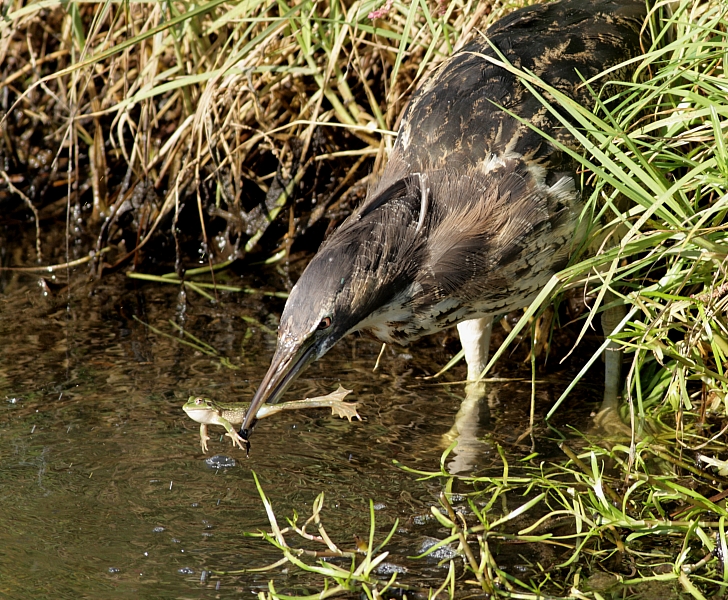 The Southern Bell Frog (Litoria raniformis), also widely known as the Growling Grass Frog, is a nationally and globally threatened species too. And it seems bitterns find them very tasty. They are the only large frogs commonly found in rice crops of the Riverina, where they breed.

Interestingly, bell frogs are found in rice in the Coleambally and western Murray Valley regions (e.g. Caldwell, Wakool, Moulamein and Swan Hill), but are absent in the Murrumbidgee Irrigation Area (e.g. around Leeton and Griffith) and east of Deniliquin (e.g. Finley, Jerilderie, Mulwala).

In 2012, at Werribee near Melbourne, Peter Menkhorst watched an Australasian Bittern eat 17 of them (Menkhorst 2012) so it’s a fair assumption that they might be an important food source in the rice fields as well, at least in the Coleambally and western Murray Valley regions. 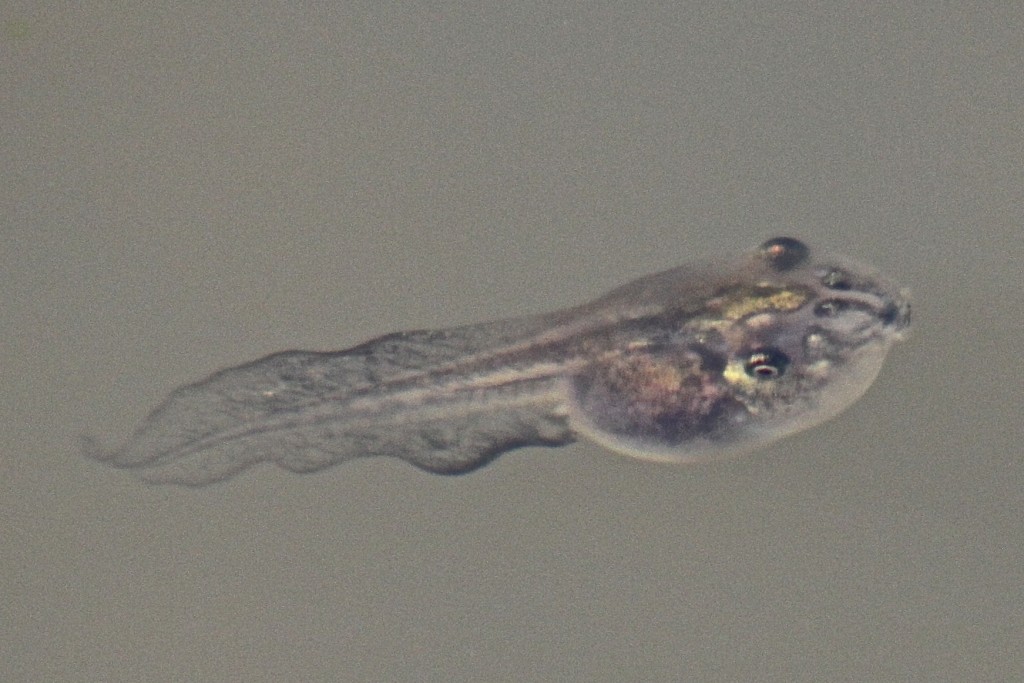