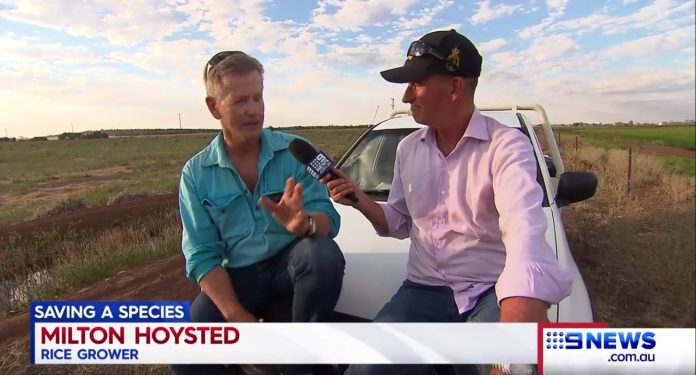 Last night, hundreds of thousands of Australians were introduced to the strange waterbird that has captivated so many of us. They learned how rice growers are marrying farming and wildlife conservation in the New South Wales Riverina. Here’s the story …

Conservationists and rice growers come together to save a rare bird in the Riverina. #9News | http://9News.com.au

Battle of the Bitterns 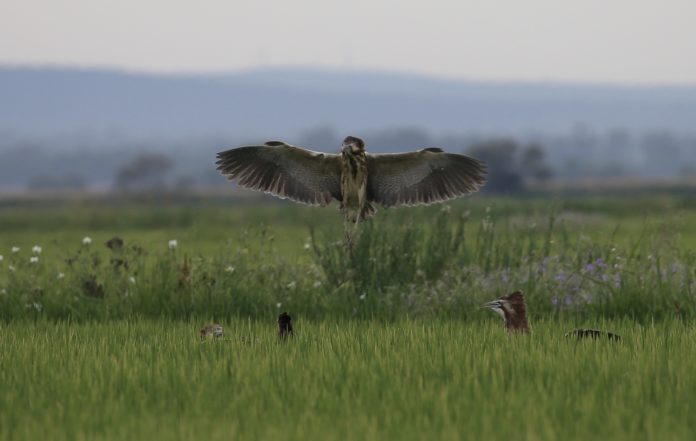 It’s been another busy summer for us. We conducted our sixth annual random farm surveys, and for the first time, incorporated drill-sown crops with delayed permanent water. Still, at least eight of the 20 farms supported bitterns. We meet new bitterns and new growers every rice season. Either on random farms or elsewhere, we find always a handful of sites that support five or more bitterns during the peak breeding time, highlighting the polygamous nature of the species. Below are images from a rice farm near Murrami, between Leeton and Griffith. It’s an early permanent water crop, which has been flooded since October 17th. There was at least five bitterns present and they were breeding. We witnessed a captivating territorial dispute, providing a rare insight into the secret reproductive lives of these cryptic waterbirds. Evidently, males are highly territorial and will go to great lengths to defend nesting females in their territory. 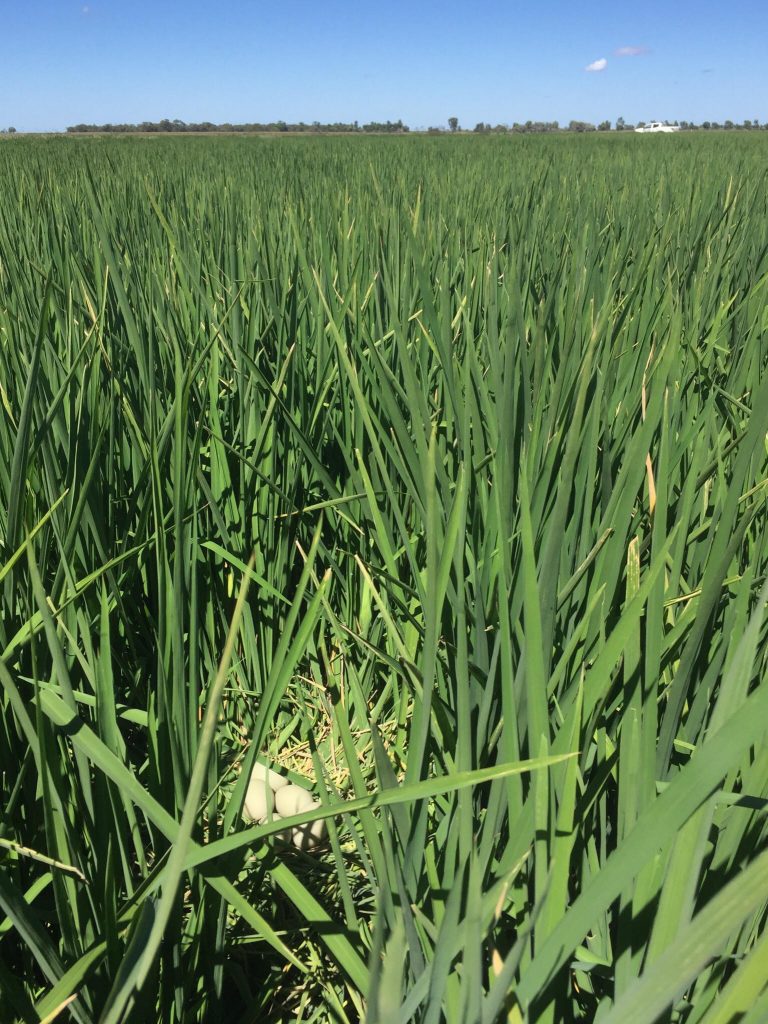 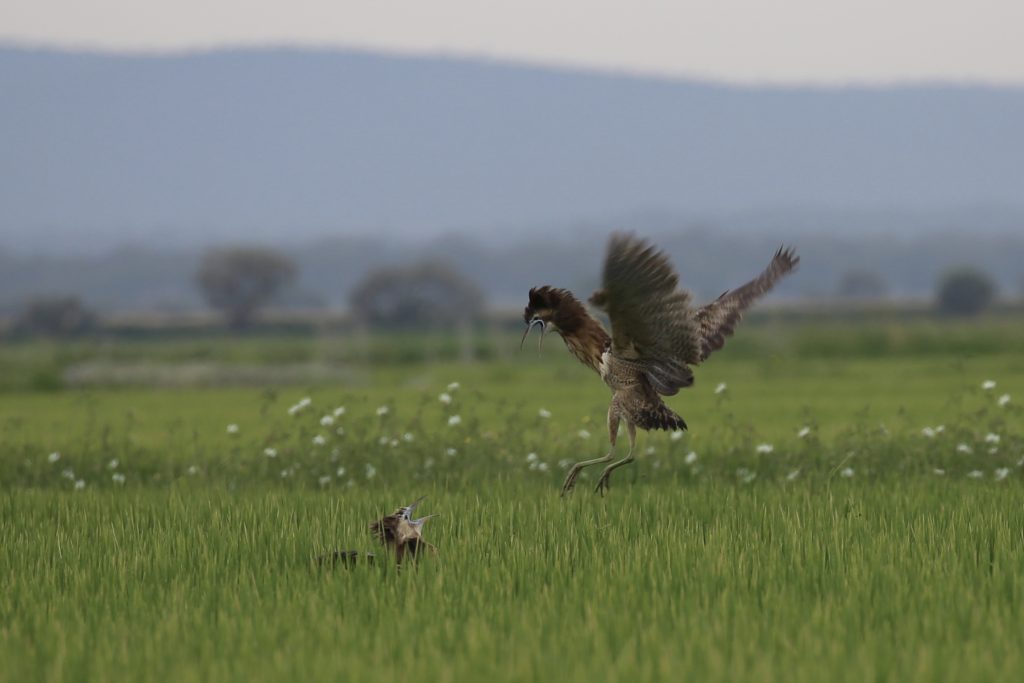 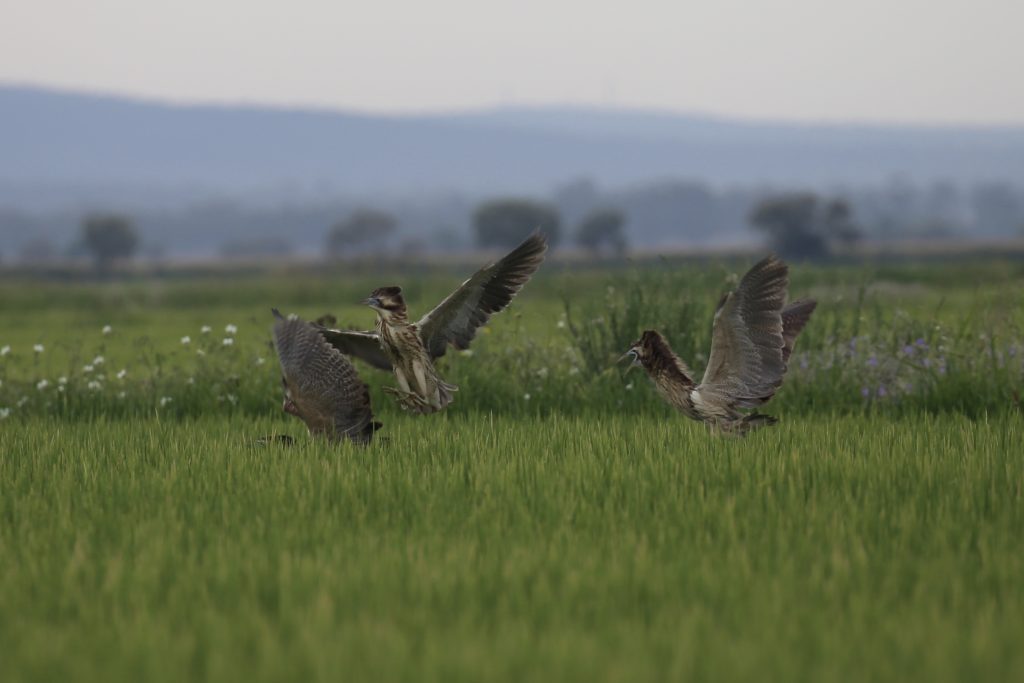 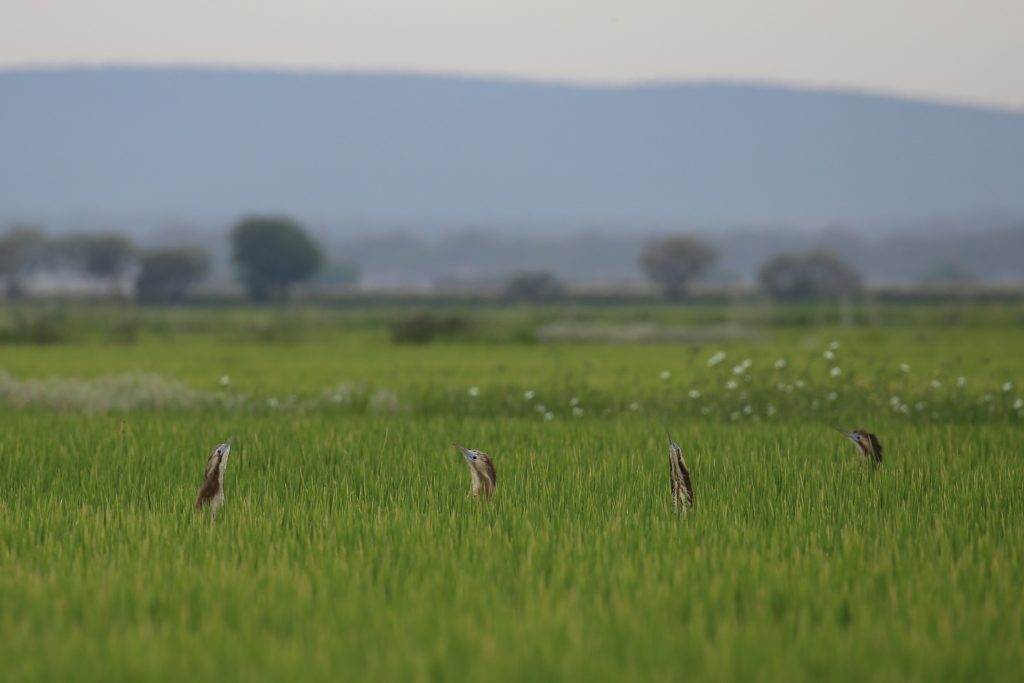 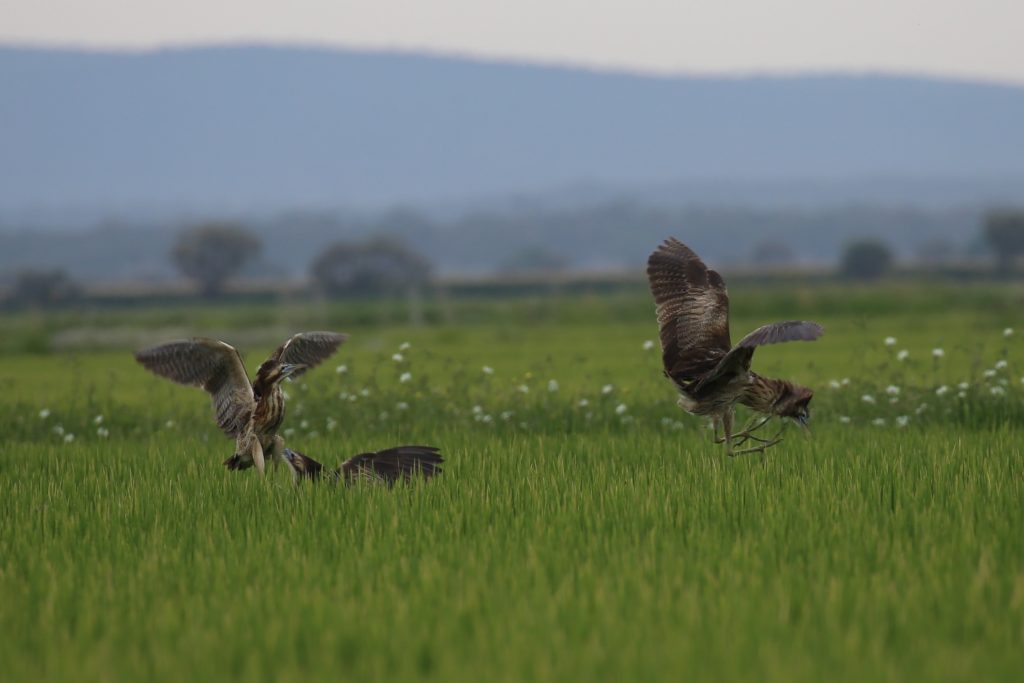 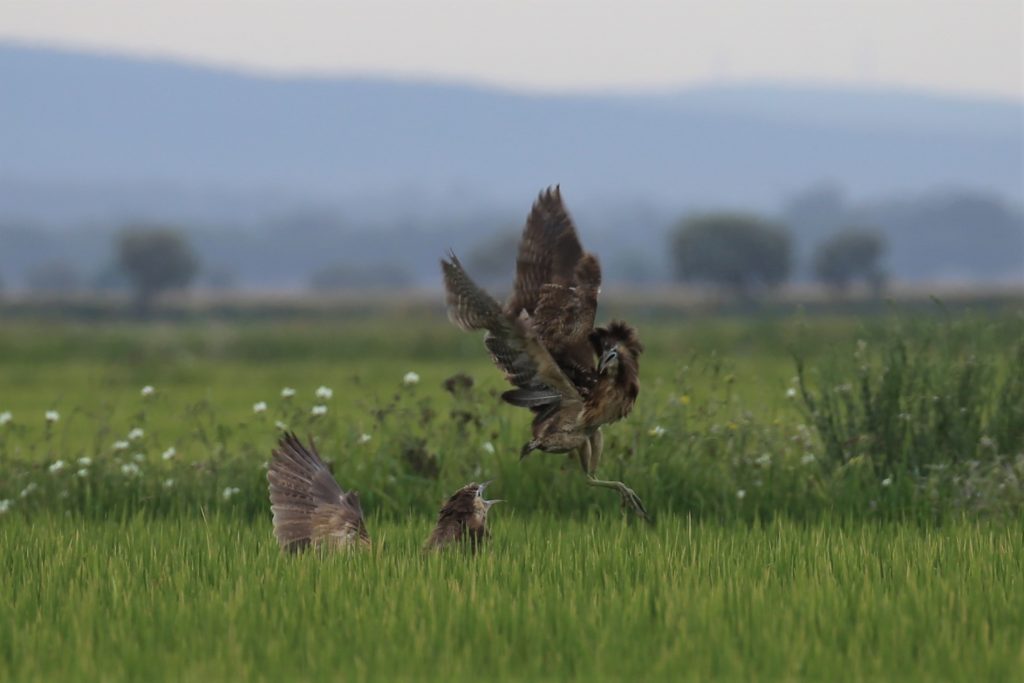