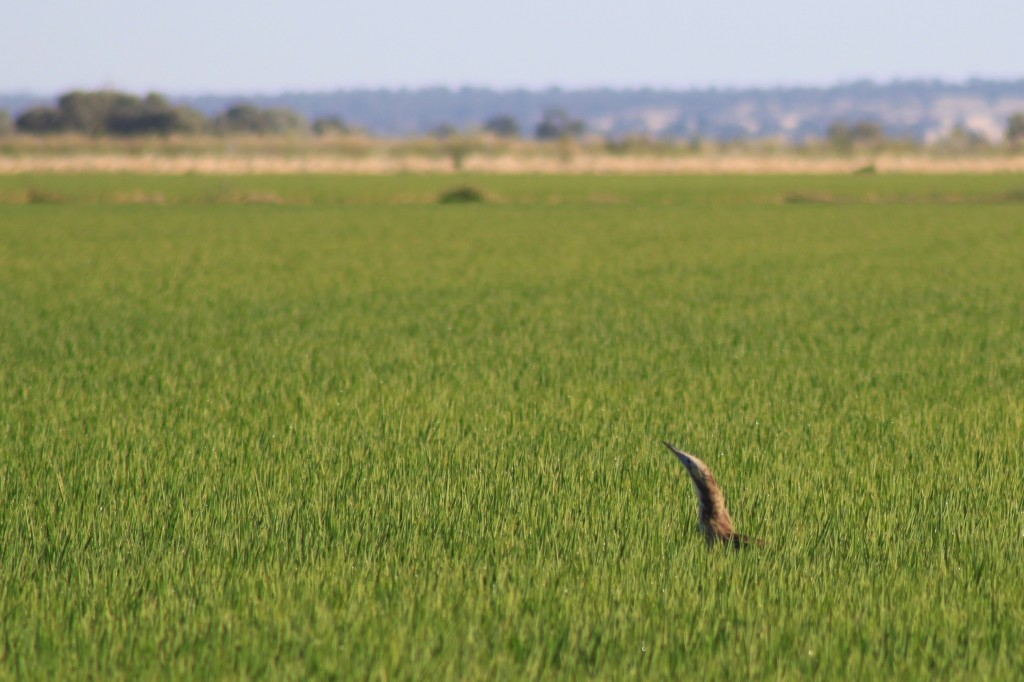 The Australasian Bittern is a rarely seen, poorly known and globally endangered waterbird.

Identification: These bitterns do not roost in trees and only rarely occur in loose flocks of more than five. Smaller, tree-roosting Nankeen Night-herons (see photograph at bottom of this page), which often occur in flocks, are commonly mistaken for Australasian Bitterns. Along the NSW coast, also check Black Bittern. Birdlife Australia has produced an Australasian Bittern identification guide.

Call: Males make deep booms during breeding season, audible for about 2 kms. These booms were a key source of legends of Australia’s mythical Bunyip. Press play to hear the sounds of a Coleambally rice field in January 2016, including booming male bitterns and growling Southern Bell Frogs.

Habitat: Vegetated wetlands. Often seen feeding in more open areas in water up to 30 cm deep, but rely on the dense cover of reeds, rushes, sedges, rice and other water plants to roost and breed in. Cumbungi (Bullrush, Typha), Phragmites and Canegrass wetlands are important in NSW Riverina. 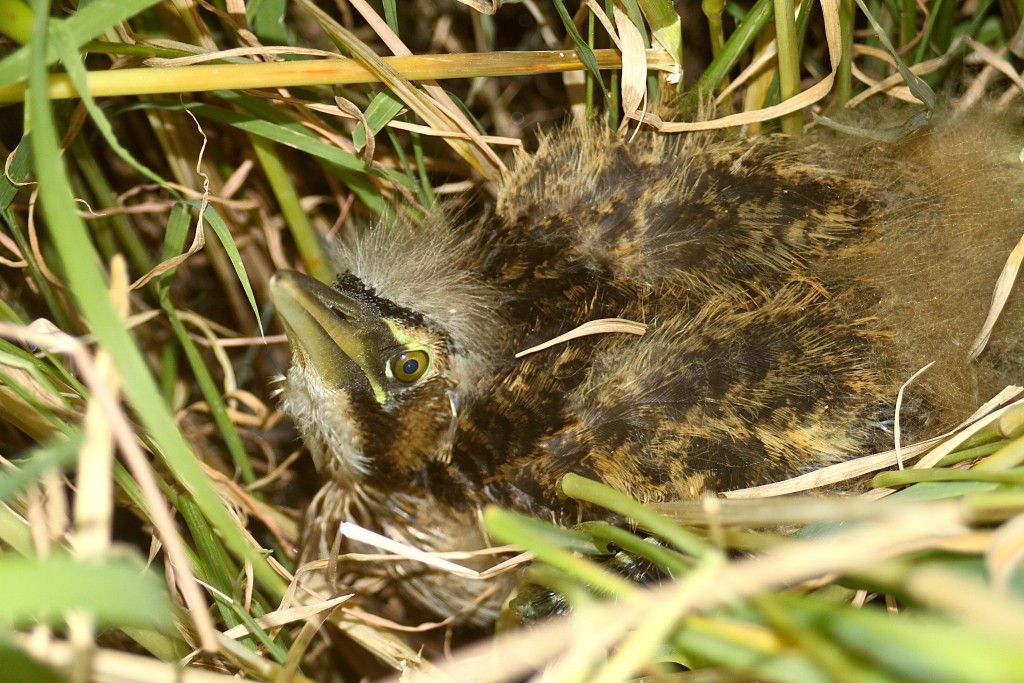 This 18-day old chick, already 50 metres from the nest, was found hiding in thick Barnyard Grass on a bank between two rice bays. 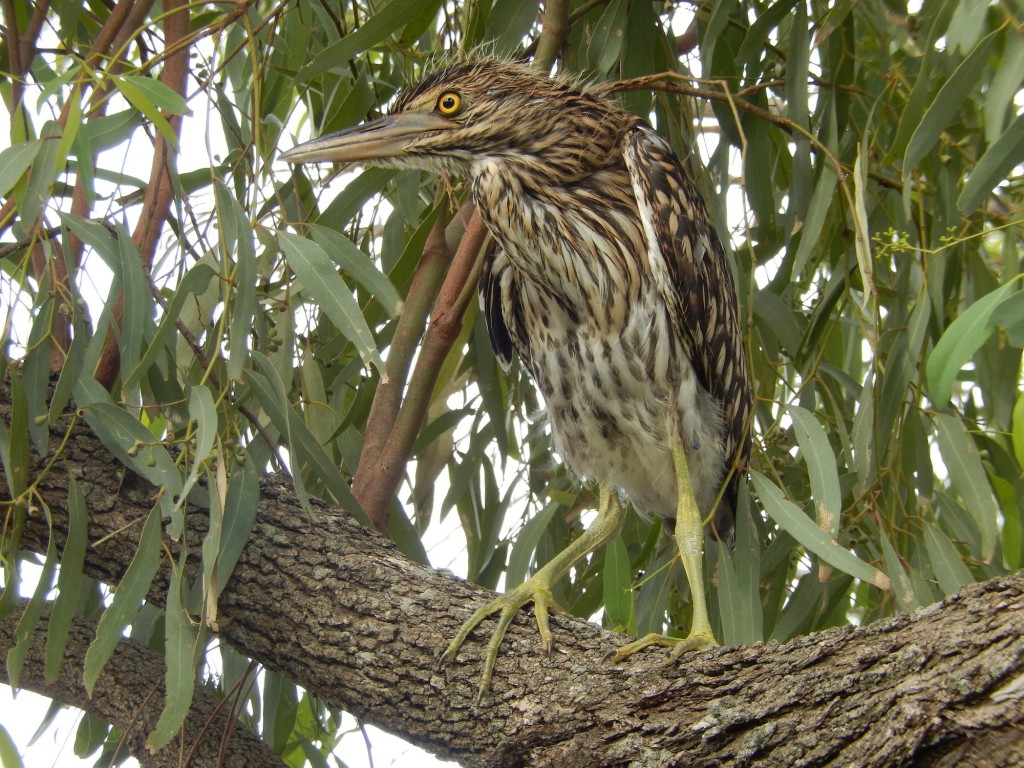